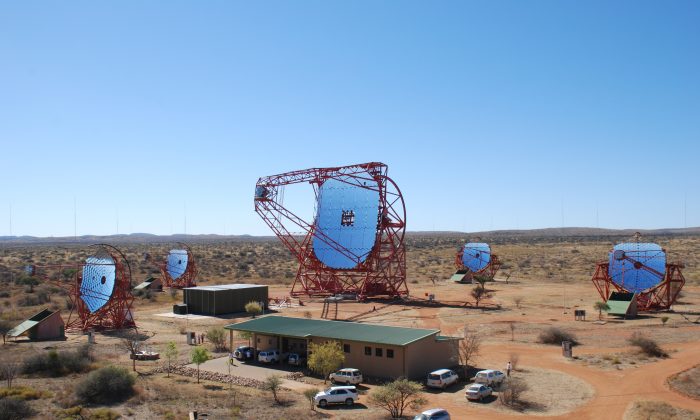 An international team of astronomers has discovered that the supermassive black hole at the center of our galaxy might be the source of mysterious high-energy cosmic rays that bombard the Earth on a daily basis.

The discovery, reported in Nature, brings new answers to one of astronomy’s most longstanding mysteries.

Back to the Source

In 1912 Victor Hess found that the Earth was being bombarded by subatomic particles travelling at tremendous speeds that originated from outer space. He called the particles “cosmic rays.” But the origin of these high energy particles has remained a mystery for more than 100 years.

“How cosmic rays are created and accelerated at very high energies is the big question astronomers are trying to understand,” said Associate Professor Gavin Rowell, an astrophysicist from the University of Adelaide, who was involved in the Nature study.

How Did the Odd Black Holes Detected by LIGO Form and Can We Spot Them in the Sky?

One theory was that cosmic rays are produced during supernova explosions. These create “remnants” that send shock waves throughout the galaxy. This electrically charges particles in space, which are then accelerated to near the speed of light, eventually hitting the Earth.

However, because the particles are magnetically charged, any magnetic field in space will change their direction. That means it’s difficult to determine their origin once they strike our atmosphere.

In this study, the researchers used the High Energy Spectroscopic System (HESS) telescopes in Namibia to look for the very fast flashes of light created when cosmic rays collide with the Earth’s atmosphere.

Using this data, the researchers were able to estimate the direction of the cosmic ray, and found it pointed back towards the center of our galaxy.

This coincides with the location of what is believed to be a supermassive black hole, with a mass of 4 to 5 million solar masses. The HESS team suggests that the huge gravitational force exerted by the tremendous mass of the black hole was able to accelerate the particles to their incredibly high velocities.

“This result adds a new dimension in cosmic rays, and how the cosmic rays our galaxy is producing could also come from this massive central black hole,” Rowell said.

Professor Geraint Lewis, an astrophysicist at the University of Sydney, emphasized that the study also makes us aware that the universe can do things that far outstrip what we are capable of here on Earth. However, our understanding of cosmic rays is still far from complete.

He mentioned that the biggest question is explaining the precise cause of the particle acceleration.

“It is like a game of Cluedo: they’ve tied down what they think is the site of the murder, but now they are trying to locate the weapon,” he told The Conversation.

What it does tells us is that the cosmos can accelerate particles to velocities that far exceeds what we are capable doing on Earth.

“These particle accelerators in outer space put the Hadron Collider in the shade,” he said.

Is Hawking Any Closer to Solving the Puzzle of Black Holes?
TOP NEWS