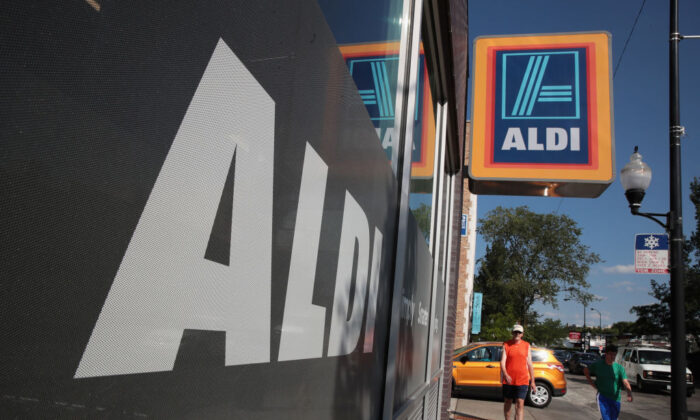 German supermarket chain Aldi on Tuesday became the latest company in the grocery sector to offer incentives to U.S. employees to get a COVID-19 vaccine, in a bid to remove obstacles for workers who may be reluctant to get the jab for fear of losing wages or other concerns.

The retailer, which has more than 2,000 stores in 37 states, will give up to four hours of pay to those hourly workers who choose to get inoculated against COVID-19, the company said in a statement (pdf). Salaried workers, meanwhile, will be offered flexible scheduling arrangements to make it less burdensome for them to get a shot.

“Providing accommodations so employees can receive this critical vaccine is one more way we can support them and eliminate the need to choose between earning their wages and protecting their well-being,” said Jason Hart, chief executive of Aldi’s U.S. operations.

Aldi said it will also cover the costs associated with vaccine administration and implement on-site vaccination clinics at its warehouse and office locations, all in a bid to get more workers inoculated, “if they so choose.”

Few companies or other entities have so far required vaccinations, but a growing number are offering incentives.

Dollar General last week offered frontline employees a similar incentive to Aldi to get the vaccine, while grocery delivery company Instacart said it would pay $25 to more than half-a-million gig workers if they chose to take time off to get vaccinated.

“We understand the decision to receive the COVID-19 vaccination is a personal choice, and although we are encouraging employees to take it, we are not requiring them to do so,” Dollar General said in a statement.

“Our goal with the introduction of our new Vaccine Support Stipend is to ensure that, when the time comes, Instacart shoppers don’t have to choose between earning income as an essential service provider or getting vaccinated,” Apoorva Mehta, Instacart’s founder, said in a statement.

Aldi also said it was working with officials across the United States to get their workers priority access to the vaccine, joining other companies including Amazon and Uber in lobbying to move their workers closer to the front of the line for vaccinations.

Conflicting state and local guidelines on how shots will be administered and to which workers have made the process of navigating the vaccine rollout confusing for corporations and industry bodies.

Health officials have lamented the slower-than-expected rollout of the vaccine, and have urged more federal aid to state and local authorities to smooth distribution and administration. They have also made reassuring remarks about vaccine safety in a bid to overcome vaccine hesitancy and get more shots into the arms of Americans faster.

Reluctance to get inoculated, known as vaccine hesitancy, has dropped, with a recent poll showing that the percentage of Americans saying they’re willing to get the COVID-19 shot now stands at 71 percent, up from 63 percent in September.

But about a quarter of the public remains vaccine hesitant, with 27 percent saying they probably or definitely would not get a COVID-19 vaccine.

The biggest worry people have about the COVID-19 vaccines, which were developed in record time, are side effects. Another big reason for vaccine hesitancy is the lack of trust in the government to ensure their safety and effectiveness, while many said the COVID-19 vaccine is simply too new for them to have confidence in it.

The Centers for Disease Control and Prevention (CDC) has said COVID-19 vaccines can cause side effects for a few days that include fever, chills, headache, swelling, or tiredness. The CDC says the effects are normal and a sign that the body is building protection.

A recent CDC study found that, of nearly 1.9 million first doses of the Pfizer COVID-19 vaccine administered in the United States in the first 10 days after it was approved for emergency use, around 4,400 adverse event reports were submitted to the Vaccine Adverse Event Reporting System (VAERS), and less than two dozen of those were found to be anaphylaxis, or severe allergic reactions.