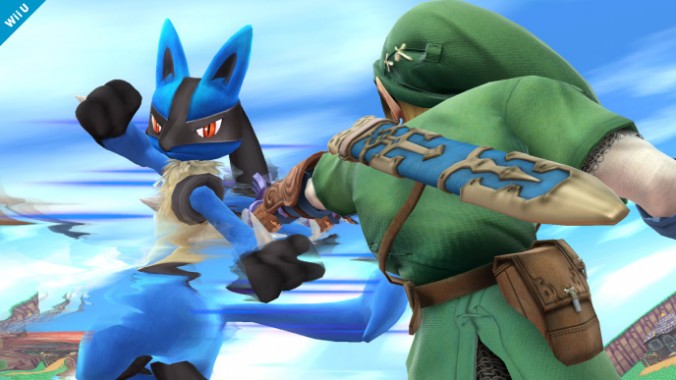 Nintendo has been giving consistent updates on Super Smash Bros 4, which is expected to be released sometime this year for Wii U and Nintendo 3DS.

Game creator Masashire Sakurai shares screenshots on Miiverse and short explanations of what they are.

The Cuccos–An Item of Trophy

Sakurai shared a photo of Cuccos, warning: “Never bully Cuccos. Seriously, attacking them is out of the question! This has always been a cardinal rule of The Legend of Zelda series.”

It’s unclear what exactly the Cuccos’ role is but it’s likely as an item or an attack trophy.

Sakurai showed off a giant attack item called the Ore Club, which Sonic wields in this screenshot.

“It’s made of minerals mined on the mountain of the gods. This bulky weapon can even unleash tornadoes,” he said.

Sakurai shared a screenshot of a comparison between characters with and without their outlines on the 3DS version.

“They also give off a different impression in 3D, so customize the look however you like,” he said.