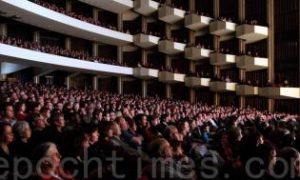 [youtube]qeG_w98Ue2s[/youtube] ‘Super Mario Bros.’ turned 25 on Monday'Super Mario Bros.' was released to the Japanese public 25 years ago on Monday, Sept. 13 on the Nintendo Entertainment System, marking a major milestone for the cartoon plumber.

The game was released a month later to a US audience.

Mario has been turned into one of the most profitable and ubiquitous video game franchises. As of last month, the franchise sold more than 240 million units around the world, Nintendo said, according to the BBC.

Nintendo claims that Mario is a more popular character than Mickey Mouse.

Mario was created by Shigeru Miyamoto and made his debut in the coin-op arcade platformer Donkey Kong in 1981.

Initially Mario was called Jumpman, due to his ability to jump high to avoid obstacles like rolling barrels in the first game.