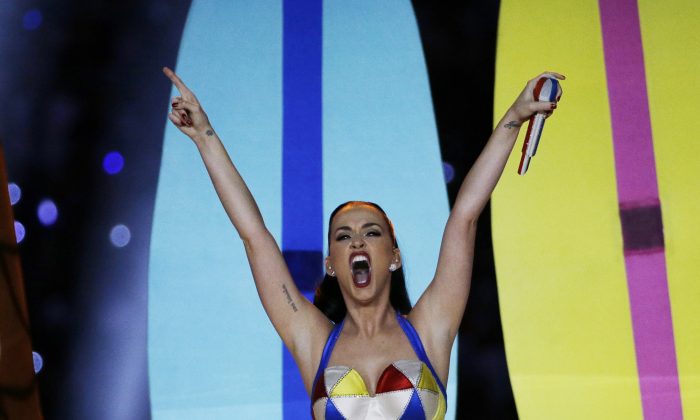 A performer dressed in a shark outfit did its own thing during Katy Perry’s Super Bowl halftime performance.

The shark started off doing a choreographed dance but then started doing its own moves. The video turned into a meme.

When you go along with it, cause you know today ain’t about you. #SuperBowl #shark pic.twitter.com/mblgaEdl1s

SHARK MOM: Leonard’s on TV! In the Superbowl! SHARK DAD: Are you serious? Our Leonard? …. SHARK DAD: Goddammit pic.twitter.com/PLF189JlYC

Totally going to be the emotional shark from the Super Bowl for Halloween this year pic.twitter.com/7sMaDlxe0E

I’m thinking dancing shark costumes are going to be a hot item this Halloween. Am I right? #DancingShark #SuperBowl pic.twitter.com/2IbzBD7sg8