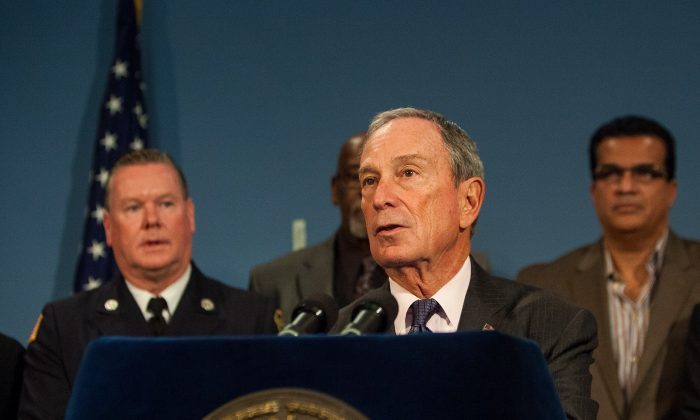 NEW YORK—Mayor Michael Bloomberg announced on Oct. 10 that a host of initiatives for youth will be launched in New York and New Jersey in connection with New York hosting the Super Bowl in 2014.

“All of those projects will provide city kids with new, healthy, positive community resources, many of them in areas hit hard by the Hurricane Sandy,” Bloomberg said.

The projects awarded so far amount to about $1.2 million. They include new playgrounds, gyms, and football fields in all five boroughs.

This month, the Host Committee and the NFL will join the Million Trees NYC program to plant over 25,000 trees at Rockaway Community Park in Queens. Super Bowl organizers said tree plantings will happen in each of the five boroughs.

The Snowflake Youth Foundation is a charity created by the Super Bowl Host Committee to raise funds to renovate and transform after-school facilities in New York and New Jersey.

Super Bowl XLVIII will be hosted at the MetLife Stadium on Feb. 2, 2014.