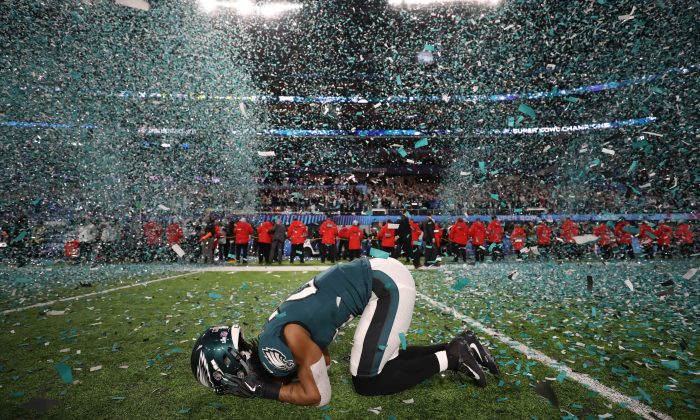 The ratings for the Super Bowl, which saw the Philadelphia Eagles beat the New England Patriots, experienced a drop from the previous year, according to reports.

Sunday’s game was down 3 percentage points from last year’s Super Bowl, according to The Hollywood Reporter. The game averaged a 47.4 overnight rating among metered-market households on NBC.

The figure is a “modest drop but one that marks the franchise’s lowest performance since 2010,” the publication reported.

Deadline.com reported that Sunday’s game marked a 9 percent increase the last time the Patriots and Eagles played in the Super Bowl in 2005.

It comes after overall NFL game ratings dropped about 10 percent during the regular season.

President Donald Trump, who criticized some NFL players for protesting during the national anthem last year, tweeted his congratulations.