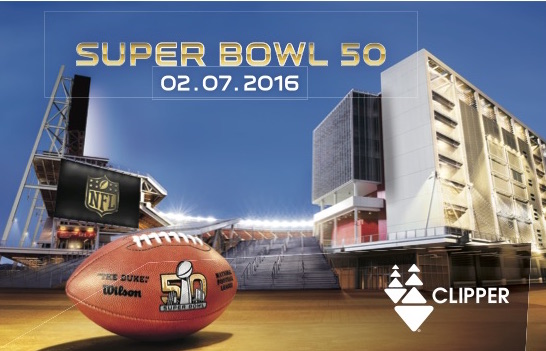 SANTA CLARA—One of the world’s biggest sporting events will take place at the Levi’s Stadium in Santa Clara, California, on Feb. 7.

The Denver Broncos will play the Carolina Panthers in Super Bowl 50, the championship game of the National Football League (NFL). Of the approximately 70,000 Super Bowl 50 ticket holders, some are paying over $7,000 for the ticket, airfare, and hotel accommodations.

This year’s half-time show, included in the ticket price, will wow the crowd with performances by superstars Beyonce, Bruno Mars, and the famous British rock group Coldplay.

For those without tickets to the Super Bowl 50, there are still plenty of programs to enjoy. The Super Bowl 50 Host Committee, in partnership with the NFL, has created a lavish array of free or reasonably priced public events, concerts, and celebrations beyond the big game.

These activities and performances will entertain over 1 million out-of-town visitors.

“Super Bowl 50 provides us with an opportunity to shine a light on the entire region,” said Keith Bruce, CEO of the Host Committee, in a press release. “We’re excited for the City of San Jose and Team San Jose to join us in Super Bowl City and celebrate the festivities with fans from around the world.”

While Super Bowl tickets fetch super prices, the events can give visitors the taste of this mega event’s ambience for free.

Although Super Bowl 50 will be played at the Levi’s Stadium in the geographically smaller town of Santa Clara, the neighboring city of San Jose will host some of the visiting NFL players at the San Jose Marriott hotel and create a number of memorable events. The third largest city in California, San Jose is known worldwide as the capital of Silicon Valley.

“San Jose is home to a number of world-class attractions and a truly unique innovative spirit,” Mayor Sam Liccardo said in the press release. “This is a great opportunity for Super Bowl visitors, and other Bay Area residents, to explore many of the things that make San Jose such a great place to live, work, and play.”

The following list highlights 10 of the unique events in the Super Bowl 50 repertoire from Jan. 30 through Feb. 7.

Artists such as Alicia Keys, One Republic, the Band Perry, Matt Nathanson, and Chris Isaak will perform free shows in Super Bowl City. Grammy-winning headliners, local artists, and community performers will give more than 35 free performances.

“Over the course of nine days, visitors to Super Bowl City will be treated to free concerts by some of the world’s most notable artists and the Bay Area’s finest performers,” said Bruce in a press release. “Whether it’s local groups like Loco Bloco or musicians like the Bay Area’s Chris Isaak, the culture and fabric of the region will be well-represented.”

A roster of stars will join TBS late night talk show host and comedian Conan O’Brien, who will serve as an MC for the NFL Honors awards show on Feb. 6, the night before the Super Bowl.

The NFL Honors will take place at the Bill Graham Civic Auditorium in San Francisco. The two-hour special recognizes the NFL’s best players and performances from the 2015 season. The show will air on CBS at 9 p.m. EST/PST.

The City of San Jose announced that the free-to-the-public fan village will include the San Jose Pavilion during Game Week. The pavilion showcases activities and attractions unique to San Jose, and the village will include local cultural treasures, hackathons, innovation stations, and robot wars.

The Super Bowl City Stage in San Francisco includes a full program of performances featuring ballet, taiko drumming, and the Oakland Interfaith Gospel Choir. The festival kicks off with the relighting of the Bay Lights and a fireworks show.

Taste of the NFL will celebrate its 25th annual “Party With a Purpose” on Feb. 6 at Cow Palace to benefit the fight against hunger. Guests will enjoy food, wine, and the chance to mingle with NFL legends and alt-rock icons Third Eye Blind.

6. Opening Night
Players and coaches will address the media at Super Bowl Opening Night Fueled by Gatorade on Feb. 1 at SAP Center in San Jose. Interviews begin around 5:15p.m.

8. Super Bowl City
The Host Committee’s Super Bowl City will be held in San Francisco’s Justin Herman Plaza from Jan. 30 to Feb. 7. Fans can celebrate with family-friendly activities at this free-to-the-public fan village.

9. ‘From Kezar to Candlestick’

Although the San Francisco 49ers did not make it to the Super Bowl 50, the rich history of the local football scene is chronicled in the exhibit “From Kezar to Candlestick: The Photography of Frank Rippon” at the SFO Museum in the San Francisco International Airport. The exhibit is on view through Feb. 28 and includes dramatic photographs of early stars like Hugh McElhenny and Bob St. Clair playing at Kezar Stadium, as well as those who won the team’s first Super Bowl trophy in 1982. SFO Museum will also hold the memorabilia exhibit “The Nation’s Game.”