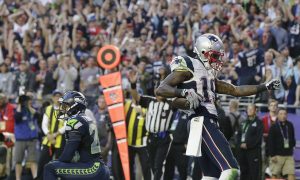 Super Bowl 49 Rigged? Some Claim Game Fixed on Twitter: 'Patriots by 6 in OT' Turns Out to be Fake
0
Share Now
TelegramFacebookTweetEmailTellMeWeReddit
Copy Link 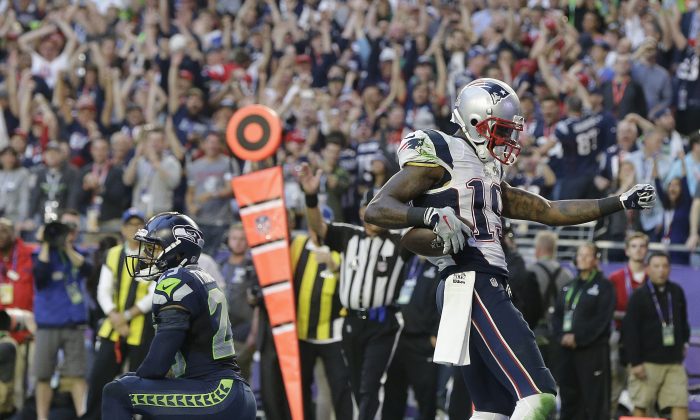 Super Bowl 49 Rigged? Some Claim Game Fixed on Twitter: ‘Patriots by 6 in OT’ Turns Out to be Fake

Users on social media are saying Super Bowl 49 was a fixed–or rigged–game.

Following every Super Bowl in the social media age, this has been a phenomenon. An unverified tweet that was being shared during the game that includes a screenshot of Twitter showing the account, “NFL is Rigged,” made claim in August 2014 that the Patriots and Seahawks would play in the Super Bowl.

“I am tweeting this rigged match-up before the first regular-season game in order to prove my authenticity in stating that the NFL is indeed a corrupt organization,” it reads. It’s impossible to verify the user’s claims or whether even the screenshot wasn’t doctored.

[@robvalles1: @MrWala your thoughts on these? pic.twitter.com/Ztry1fCXhe] THAT THE @NFL AND #SUPERBOWL ARE RIGGED OR THOSE PREDICTIONS?

The same Twitter account said the Patriots would win by “6 in OT,” but that obviously didn’t happen.

The Patriots won by only 4 points, without overtime.

A number of analysts were predicting that the Seahawks–the winners of Super Bowl 48–would meet the Patriots in this Super Bowl. The Patriots have been perennial Super Bowl contenders, only missing the playoffs once in the Tom Brady-Bill Belichick era.

Seattle Seahawks coach Pete Carroll said that he made the final call to throw a pass on first and goal with less than a minute to go.

Russell Wilson then threw an interception, giving the Patriots possession and ultimately, the win.

Carroll said a “miraculous play” was made on the interception. Hesaid after the game that the call was made because he wanted to take a shot first and then try to run several times.

Carroll noted that it’s hard to have the whole season “come down to a play like that” because all the players “worked so hard” to get to that point.

Stars prominent on and off the field at Super Bowl 49

GLENDALE, Ariz. (AP) — Stars converged on the Super Bowl both on and off the field on Sunday, with Britney Spears and Mark Wahlberg among the celebrities who watched the game and an elaborate halftime show by Katy Perry.

Wahlberg, a Boston native, was pulling for a victory by the New England Patriots — and an invite to their after-party.

Mariska Hargitay, comedians Kevin Hart and Will Ferrell, and rapper Kanye West and his wife Kim Kardashian were among other stars at the game.

The game capped several days of parties and events hosted by major stars, including Oscar winner Jamie Foxx, Drake and Wahlberg, who was the celebrity host of a charity event on the eve of the game.

West performed alongside Rihanna at a party thrown by DirecTV on Saturday night where guests included Kardashian, John Legend and his wife Chrissy Teigen. Kardashian posted a photo of the foursome dining at a Waffle House restaurant after the party.

Legend sang “America the Beautiful” before kickoff. Teigen kissed her husband and snapped pictures of him before he took his seat at his piano.