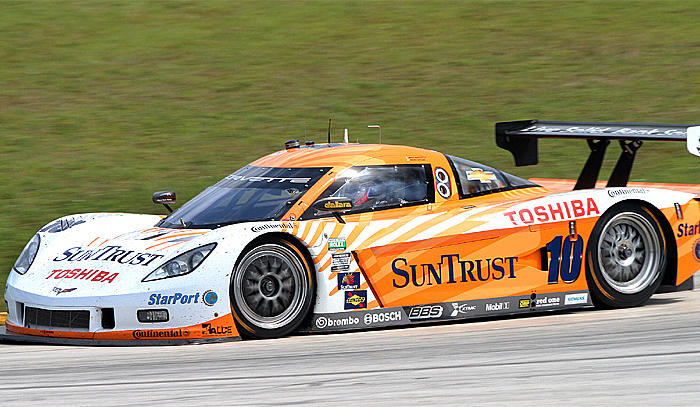 Ricky Taylor and Max Angelelli survived the bumping and bashing which eliminated two of its top competitors, to bring the No. 10 SunTrust Dallara-Corvette across the finish line first in the Grand Am Rolex Global Barter 250 from New Jersey Motorsports Park Sunday afternoon.

Ricky Taylor started the SunTrust car from the pole and tried to keep it ahead of the skirmishing behind which claimed the championship-leading No. 01 Telmex Ganassi Riley BMW and the No. 99 Gainsco Riley Corvette and dinged up every other car at the front of the grid.

Angelelli took over for the second half of the race, and survived more collisions to win the team’s second Rolex race in a row.

Jeff Segal and Emil Assentato in the No. 69 FXDD Ferrari 458 won the GT class, their second win in a row as well.