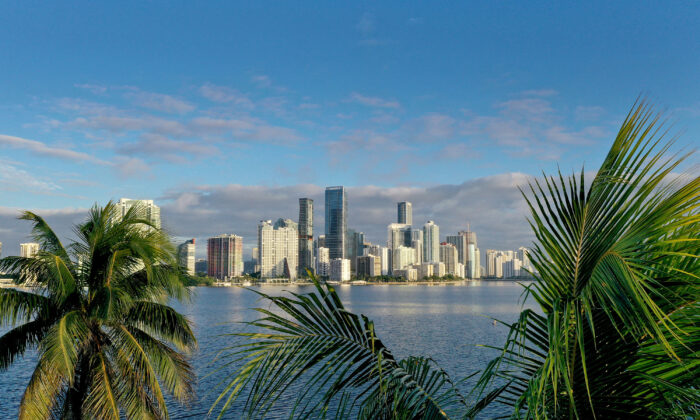 Shunning traditional hubs such as San Francisco and New York, entrepreneurs are taking their laptops and heading to—the beach. Miami Beach, that is.

With a skyrocketing number of venture dollars swirling in the air, it seems the breeze is beckoning tech startups to come and test the waters throughout the Miami area. Venture deals have amounted to $3.5 billion this year across 234 transactions, which is nearly three times more than was reported in 2020, according to PitchBook data.

Miami placed second on Forbes’s 2021 ranking of emerging technology hubs in the U.S., beating places such as Austin, Texas, and coming in just under Tampa, Florida, which took the top spot. Its new tech job listings grew faster than any other major U.S. city during the second quarter of 2021, outpacing other locales such as Phoenix and Silicon Valley.

An Offer to Help

Indeed, from tax incentives to government programs and tech fairs, Miami’s atmosphere makes it increasingly easier for startups to launch—and then build.

Downtown Miami is slated to gain more than 1,000 new technology industry jobs by 2024, according to the South Florida Business Journal.

The city of Miami Beach is offering to pay qualifying companies to locate within its borders. High-tech and financial service firms that are eligible can expect to receive payments totaling $180,000 to $240,000 per company over the course of three or four years (pdf).

The review and permitting process for companies that meet the requirements has been expedited and takes just 10 days to complete. The city of Miami Beach announced these initiatives in March, in response to a growing interest among companies in the Northeast and Silicon Valley to move to Florida.

All these initiatives coincide with the campaign that Miami Mayor Francis Suarez launched when he wrote on Twitter, “How can I help?” in 2020, in response to frustrations voiced by venture capitalist Delian Asparouhov. At the time, Asparouhov was living in San Francisco and had witnessed the rise of taxes and rents in the area, along with the tension between the tech segment and local political movements.

When the Founders Fund partner toyed with the thought of moving to Miami, he said on Twitter, “ok guys hear me out, what if we move silicon valley to Miami?”

Suarez jumped in, personally offering assistance through Twitter. His question garnered more than 2.7 million impressions. It also spurred Suarez on a quest to fulfill his offer to help.

The conversation appeared to echo various concerns that were rippling through traditional, yet now crumbling, tech centers. Asparouhov moved his Silicon Valley firm to Miami, joining the ranks of other firms seeking lower costs and a more open community.

Venture firms have responded as well, with managers such as Steven Cohen’s Point72 Ventures, Blackstone, and G Squared opening or expanding offices in Miami. According to PitchBook, Softbank started a $100 million fund for Miami that has increased to more than $250 million.

A Robust and Open Community

A welcoming environment for entrepreneurs proves to be one of Miami’s main appeals. After basing a company in Los Angeles, Lauren Weiniger moved to Miami to launch another one.

“We’re growing fast and decided to headquarter in Miami, which has been hugely beneficial,” Weiniger told The Epoch Times. Her second company, Total Life, is a virtual therapy platform designed for seniors. “I moved from Los Angeles in part because the business resources, community, and mayor personally provided so many benefits.”

When comparing the experiences of starting a company in Los Angeles and launching one in Miami, “it’s like night and day,” Weiniger said.

In addition to an openness to tech and the venture capital to back it, the lower living costs of Miami are driving some to dig in stakes and stay. Richard Lavina, CEO and co-founder of Taxfyle, which connects individuals and businesses to tax professionals, scouted out other options before deciding on Miami as the base for his company. Prior to starting the company, Lavina graduated from the University of Miami and spent time working in South Florida.

But when it came time to seek funding for the startup Taxfyle, however, the options in the area were sparse.

“When we started back in 2016, there was no venture capital support in Miami,” he said. “This required us to go to Silicon Valley to seek the funding we needed.” He and his team trekked to Palo Alto and toured homes where they might potentially live. The conclusion? The price tag attached to living and working there was too high. “Things were so expensive in that area that moving would’ve slashed eight months of our budget when compared to staying in Miami,” Lavina told The Epoch Times.

He headed home to Miami and the lower overall costs associated with the region.

“Yes, everything is getting more expensive with inflation, but there’s still better value with what you get in Miami than in San Francisco, New York, Los Angeles, or even Austin,” he said.

The strategy has worked: Taxfyle’s easy-to-use mobile platform has been called the “Uber for taxes.” It has placed within the top 15 percent in the Inc. 5000 list for two years in a row, and it was recognized as one of the Top 50 Fastest-Growing Private Companies in 2021 by South Florida Business Journal.

“Miami provides a tax haven for businesses and people looking to lessen the load and financial burden other states and cities carry,” Jeff Ransdell, managing director of Fuel Venture Capital, a Miami-founded firm that focuses on tech startups, told The Epoch Times. “Aside from that, you are very close to Latin America, currently a very untapped resource for innovation and capital.”

Miami’s airport makes it easy to access both Latin America and Europe, narrowing the divide between these regions.

Workers from Local and Global Locations

Finding workers to join the ranks at tech companies has been a process for some, as Miami doesn’t have the deep pools of talent that are readily found in other major tech centers. At Taxfyle, Lavina and his team worked to create a system that would attract and retain employees.

“People have to pay bills, and as long as you’re able to present them with viable career paths in tech, we feel that the talent will want to work somewhere that provides them the best opportunities for their life goals,” Lavina said. “After six years, we are the living proof that you can run a successful startup outside Silicon Valley.”

Furthermore, with trends to work from anywhere, accessing talent is at times a matter of looking through a wide-angle lens that reaches beyond Miami and crosses borders. Carevive, which connects and engages patients throughout the continuum of oncology care, has operated out of Miami offices for more than five years, as the company’s chief executive was based in the area. When the company took on a new CEO who is based in Boston, it also continued to expand its remote-working pool.

Some companies are expanding globally but keeping their main offices close to the beach.

“We’ve seen with the progress of remote working that Miami can be a great central hub for your teams or workers around the globe,” Ransdell said. After all, “if you can manage your team remotely, why would you want to be anywhere else other than paradise?”