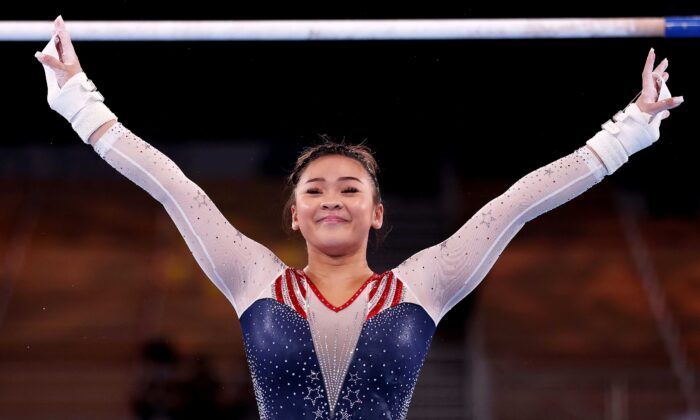 On July 29, Sunisa “Suni” Lee made history by becoming the fifth consecutive American woman to win gold in the Olympic gymnastics individual all-around competition. Suni’s routines dazzled the judges and millions of viewers around the world, earning her a total score of 57.433 points and the exclusive title of Olympic all-around champion.

Suni’s coach, Jess Graba, said he was thrilled that the world got to see and appreciate Suni’s incredible talent. “I thought she was this good all the time,” he said. “She finally got to show it.”

An athletic achievement of this stature requires dedication, discipline, and determination, qualities that Suni has fostered both inside and outside of the gym. The challenges and tragedies that Suni bravely overcame on her journey to the Tokyo Olympics undoubtedly made her a stronger and more resilient competitor.

In 2019, Suni’s father became paralyzed as a result of a devastating accident while trimming a tree. Shortly after, she lost an aunt and an uncle to COVID-19. Additionally, during the coronavirus pandemic, Suni broke her foot in June 2020, putting her future as an Olympic gymnast in jeopardy.

Suni acknowledged the toll that these challenges had on her. “There was a point in time where I wanted to quit and I just didn’t think I would ever get here,” she said.

But instead of giving up, Suni continued to push toward a gold medal in the Tokyo Olympic games.

As the first Hmong American Olympic athlete, and the first to win a gold medal, Suni comes from a community with historical experience in overcoming challenges and hardship. When Suni’s father and mother were children, they fled Laos and arrived in the United States as refugees in 1979 and 1987, respectively.

In the 1800s, the Hmong, an ethnic group originally from China, migrated to Laos, Vietnam, Thailand, and Burma because of the Qing dynasty’s land expansion policies.

The Hmong helped the U.S. Central Intelligence Agency during the Vietnam War in Laos by providing intelligence, rescuing American pilots, and provoking communists on the Ho Chi Minh Trail. With the fall of Laos to the communists, thousands of the Hmong people fled their homes to escape the horrors of communism and persecution.

The Hmong in Suni’s native Minnesota have created a supportive community that encouraged her rise to success. Every year, the community participated in an annual fundraiser that assisted Suni with the cost of competing. “The community is always right behind her,” Suni’s father said. “Without that, Sunisa wouldn’t be here. They’re so supportive of her.”

For Suni’s large extended family and tight-knit community, her Olympic accolades hold significant meaning. “The Hmong here are very proud to be American,” Sia Lo, one of Suni’s extended family members, said. “We hope all of America is proud of Suni. What she’s achieved showcases what is possible here in the United States.”

Suni’s gold medal in the all-around competition, in addition to her silver medal in the team competition and bronze medal on the uneven bars, are a manifestation of her years of hard work, grit, and perseverance. As Suni stood on the podium, wearing her gold medal with her family and community cheering her on from home, this Olympic champion showed the world that the American dream is alive and well.