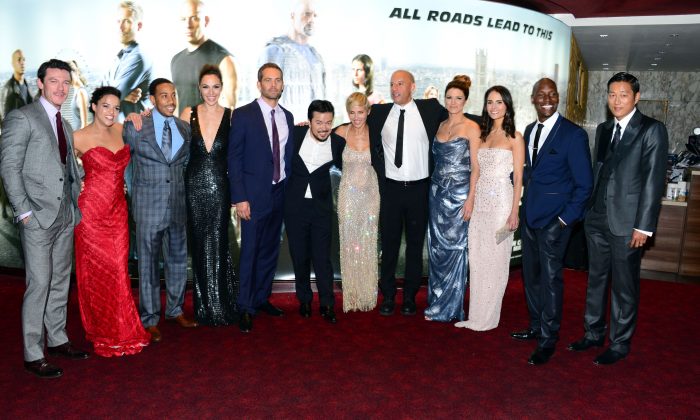 Sung Kang expressed his grief over Paul Walker’s death in a short statement broadcast via Twitter and Facebook but was unable to post anything longer due to the shock of Walker’s sudden passing.

“Missing my brother,” Kang said. Kang co-starred in the last three “Fast & Furious” films with Walker and others including Vin Diesel, Michelle Rodriguez, and Jordana Brewer.

“Thank you all for the thousands of messages you have been sending with your condolences on the tragic passing of Paul. Sung will post something to you all when he is feeling more able, but for now the grief and shock is still far too fresh.”

Swarbrick said later that Walker’s family has asked people to donate to Walker’s charity Reach Out Worldwide instead of giving flowers and gifts.

“There is now well over 1 million of us here on Sung’s page alone – just imagine what we could accomplish in Paul’s name if we all gave even only $1,” she said.

Walker died on November 30 in a fiery car crash in California, shortly after leaving an event for his charity. The event was to raise money to help with the response to Typhoon Yolanda in the Philippines.

Roger Rodas, who was driving the car, was also killed. Rodas co-founded the charity with Walker and was his friend and financial advisor.

Walker has been remembered for his generosity, which was expressed through the charity. Reach Out Worldwide was geared toward small but highly mobile responses to disasters, including the Haiti earthquake.