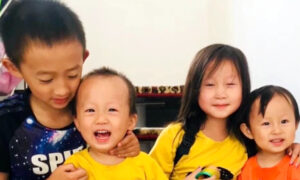 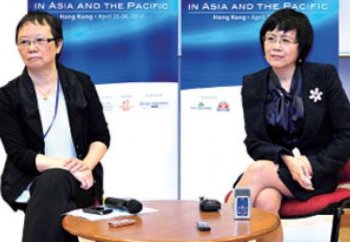 By Liang Zhen
Print
She published stories that resulted in the fall of several high-ranking government officials, earning her the nickname “most dangerous woman in China" within the securities industry. After leaving Caijing, the daring bi-weekly magazine she founded which challenged the limits of Chinese censorship, Time Magazine predicted she may become even more dangerous.

On April 27, Hu addressed the International Media Conference, her first public speech in Hong Kong since her resignation from Caijing on November 9, 2009. “We are back,” she said. “We chose to leave not because we wanted to give up, but because we wanted to continue doing what we had been doing. Now we are starting a new journey.”

And a new journey it is. The day after her resignation, Hu became Dean of the School of Communication and Design of Guangdong-based Sun Yat-sen University. In December, Hu and her team started up Caixin Media and began publishing Century Weekly in January 2010. She is also a senior researcher at China (Hainan) Institute for Reform and Development.

Hu is also involved in many other media-related ventures including caing.com, China Reform magazine, and the multimedia product development projects for iPhone and Kindle.

Caixin Media was officially launched this March, together with its media credibility committee, the first organization of its kind in China. The media has described her return as a sign of the diminishing power of China’s Central Propaganda Department.

But Hu is still reluctant to comment on her resignation from Caijing. “It’s complicated” and “I can’t talk more about it” were her remarks in Hong Kong, though she admitted that the resignation was the result of “a series of incidents in a short period of time."

What Hu was more willing and happy to talk about were her new media ventures. “Our journey has been a testimony of hardships and opportunities,” she said. She attributed the development of the media world to the “rapid opening up” and the prevalence of the Internet in China, which has forced journalists to redefine their basic qualities. Hu emphasized that ethics is still the cornerstone of the entire media industry.

Hu’s groundbreaking magazine has managed to survive despite China’s rigid control over the media. In her Hong Kong speech, she proudly remarked that Caijing had raised the bar for Chinese media, enjoying the highest advertising revenue and profitability among similar publications.

Hu, whose parents and grandfather were high-ranking government officials, is said to be a follower of China’s current leader Hu Jintao and an opponent of the Central Propaganda Department controlled by former leader Jiang Zemin.

Caijing, established in 1998, had published daring stories, such as listing companies that had falsified profits, the suspicious capital allocation of China Steel, as well as the covered-up SARS outbreak in 2003 which was later exposed. Many of its stories touched on the corruption of high-level officials.

A cover story titled “Where Are the Organs From,” published August 31, 2009, is believed to have been the direct cause of Hu’s resignation. The article exposed a murder for human organs, though it avoided any mention of the live organ harvesting from secretly detained Falun Gong practitioners—currently the most-censored topic in China. The story was quickly blocked on the Internet by Beijing authorities.