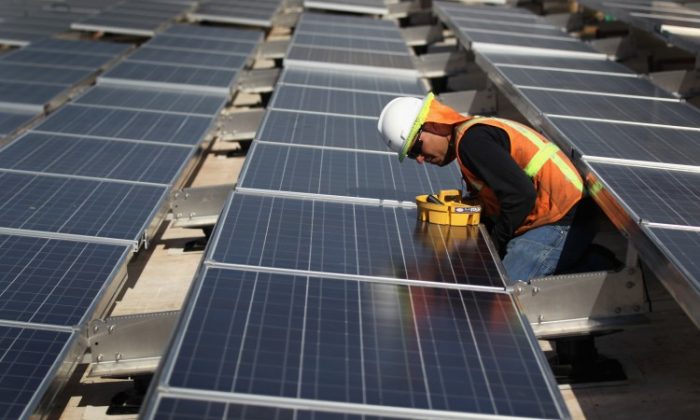 ECD has around $987 million worth of assets with an outstanding debt of around $250 million. Executives from the company disclosed in a statement that legacy costs coupled with difficulties associated with its capital structuring were the primary factors toward the bankruptcy decision. During the process, United Solar Ovonic will continue with its current operations until a potential buyer emerges.

The increasingly volatile domestic solar panel and alternative energy industry is coping with markedly lower revenues due to overcapacity issues, all despite an increase in factory closures.

Furthermore Germany, which is currently the biggest global market for solar panels, is widely expected to drastically reduce government incentive investments this year for both corporations and consumers. Inevitably, the German decision will have a severely negative impact on domestic solar panel manufacturers, principally because excess panels will likely be sold to a growing Chinese market at a significantly lower cost.

The plight of ECD echoes that of a growing list of alternative energy companies, which have dealt with bankruptcy procedures. Chiefly among them are Evergreen Energy Inc., Beacon Power Corp., Ener1 Inc., Spectrawatt Inc., and most publicly notable Solyndra LLC. Solyndra accepted around $500 million in federal loans and loan guarantees, and became a political lightning rod in the wake of its shutdown due to its involvement with President Obama’s energy policy initiative.

ECD is unlikely to deal with a similarly polarizing political backlash primarily because it has received only around $13 million in federal tax credits.

With its wide exposure to turbulent international markets, relatively slow domestic business and consumer adoption, and a complex assortment of both federal and state grant and credit programs, the U.S. alternative energy market is grappling with an inextricably uncertain future.

Perhaps in another nonelection year, with a more comprehensive bipartisan energy public policy initiative akin to that of Germany, and with improved market conditions, investments in the alternative energy industry could become a more financially viable endeavor.

Until then unfortunately, more companies in this field will presumably face a similarly insolvent fate.