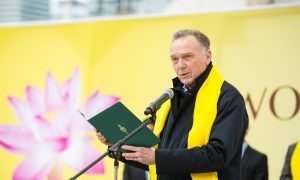 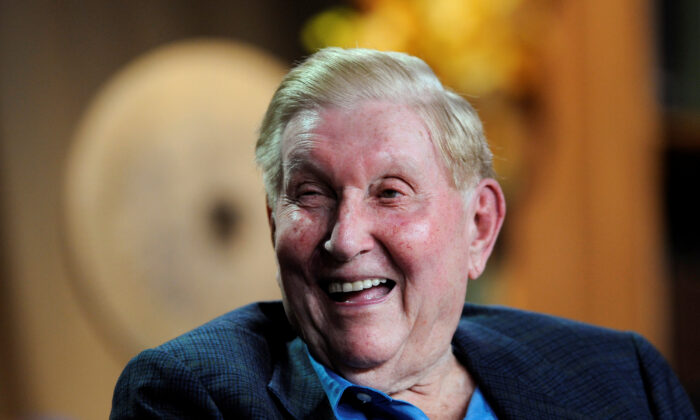 Sumner Redstone, a media titan and billionaire who, as chairman of Viacom and National Amusements, drew headlines both for his deal-making as well as his turbulent personal life, died on Tuesday. He was 97.

At his peak, Redstone’s sprawling empire included CBS and Viacom, corporations that were the parents of a host of subsidiaries ranging from Paramount Pictures and MTV to Comedy Central and Spike TV.

But Redstone’s final years descended into controversy and legal battles, including court proceedings in which a former girlfriend described the media baron as a “living ghost,” and dueling lawsuits over his fortune built around proving his mental incompetence.

In the wake of those struggles, Redstone’s daughter, Shari, eventually emerged with control, and pushed for a merger that would reunite CBS and Viacom. Such a combination would undo her father’s impulsive decision to split the two companies in 2006.

The uncertainty regarding the media assets that Redstone built owes a good deal to the tumult that has surrounded him, and his loss of the once iron grip he held over his properties as he publicly descended in his later years.

The stakes included Redstone’s fortune—which Forbes magazine put at $4.6 billion on its most recent list—as well as the disposition of his media empire.

The extended battle over the mogul’s holdings messily spilled into court. Redstone’s ex-girlfriend, Manuela Herzer, sought to prove he was incompetent—and under undue influence from Shari Redstone—when he kicked her out of his mansion and revoked her authority to make healthcare decisions for him. Those lawsuits were settled in January 2019.

As part of the legal fight, then-Viacom CEO Philippe Dauman accused Herzer—who was roughly 40 years younger than Redstone—of being concerned only with his money. Soon after the competency test, Redstone resigned from his positions as executive chairman of both Viacom and CBS.

Redstone was known for his brash and outspoken style. In a recent New York magazine profile of Shari, Dick Parsons, the former CEO of Time Warner, compared her to her father by saying, “Sumner didn’t care about other people’s feelings as far as I could tell. Sumner was very bright, very focused—Sumner could even be ruthless. And Shari has some of those qualities.”

In a famous and telling moment in his life, Redstone survived a 1979 Boston hotel fire by hanging from the ledge of his hotel-room window. The episode left his hand and legs seriously burned and required multiple surgeries, but it was frequently used as a sign of the mogul’s grit.

In a 1989 profile, media executive Barry Diller observed that Redstone’s “sheer force of will is uncommonly strong.”

Redstone’s name at the time of his birth in 1923 was Sumner Rothstein, but in 1940 he convinced his father to change the family name to Redstone, a literal translation of Rothstein.

Beginning in the 1980s, concerned that the movie-exhibition business was maturing, Redstone used his movie theater fortune to steadily amass marquee media properties.

In 1987 he took over Viacom Pictures and became chairman of the board. Seven years later he won a bidding war for Paramount Communications, the parent company of the Paramount movie studio.

Even after Redstone parlayed National Amusements into a conglomerate, he continued to run his empire almost like a family business. As he got older, Redstone dismissed talk of slowing down or ceding any of his responsibilities. “I have no intention of ever retiring, or of dying,” he said in a 2009 interview, at the age of 85.

With Redstone as CEO, Viacom bought CBS for $36 billion in 2000, in what was then the biggest media merger ever. CBS and Viacom operated as a single company under the Viacom name until he abruptly fired Viacom’s CEO, Tom Freston, in 2006, less than a year after naming him to the post and split the combined assets into separate entities.

Under Moonves, CBS kept the CBS broadcast network as well as The CW network, the premium cable network Showtime, and publisher Simon & Schuster. Viacom got Paramount Pictures as well as regular cable networks including MTV, Comedy Central, Spike, and Nickelodeon. Redstone named separate CEOs of the two companies, but remained chairman of both.

Unlike some of his peers, such as Rupert Murdoch, Redstone controlled the majority of his media empire’s voting shares. Privately-held National Amusements owns nearly 80 percent of a special class of stock in each company. That stock controls most of the two companies’ voting shares.

Redstone was well paid by both companies. Filings show he received $125 million in compensation during his final 6 years as executive chairman of Viacom, and an additional $140 million from CBS.

When Redstone resigned from his position as executive chairman in 2016, his salary was slashed. He assumed the title of chairman emeritus of both corporations. Viacom stopped paying Redstone in May 2016.

The discord in Redstone’s personal life included being sued by his son Brent in 2006, who alleged governance abuses and self-dealing by his father. Redstone eventually settled by buying out his son’s stake in National Amusements. He was estranged from Shari for many years before they reconciled.

Redstone was married to his first wife, Phyllis Raphael, for more than 50 years before divorcing her in 1999. He wedded Paula Fortunato 3 years later. Their marriage of 5 years ended in divorce in 2008.

Herzer subsequently became his longtime companion. She claimed in court papers that he once proposed to her and she turned him down, but they remained friends.

Relations became bitter when Redstone evicted both Herzer and Holland from his Los Angeles mansion, revoked Herzer’s authority to make healthcare decision on his behalf, and eliminated her $70 million inheritance.

Redstone received a star on the Hollywood Walk of Fame in 2012.