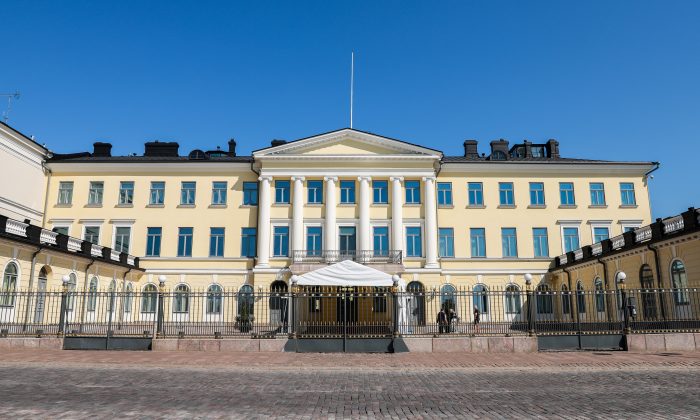 It is their third meeting and follows Trump’s recent meeting with leaders of 28 other NATO member states in Brussels and then a visit to the U.K. which included meetings with Queen Elizabeth and Prime Minister Theresa May, whose soft Brexit plans, he cautioned, could scuttle a U.S.-U.K. free trade deal after the U.K. leaves the European Union.

Using his position as leader of the most powerful member of NATO, Trump sought to strengthen it by objecting to its nations not spending enough to have effective militaries. This, however, was interpreted by some critics as seeming opposed to NATO, which his supporters say he is not.  In particular, he feels that Germany’s military, which should be the linchpin of a determined opposition to Russia, needs to be rendered capable of meaningful fighting.

Read More
US and Russia Re-Re-Reset

Long-term allies of the United States are concerned that President Trump is trying to befriend Putin, a leader who—since 1999—has systematically undermined human dignity and the possibility of meaningful democratic rule in Russia, while having journalists and dissidents assassinated.

Simon Tisdall of The Guardian notes that “just as Russia once exported Marxist revolution, it may now be creating an international market for ‘Putinism’ as more often than not, instinctively undemocratic, oligarchic and corrupt national elites find that an appearance of democracy, with parliamentary trappings and a pretense of pluralism, is much more attractive, and manageable, than the real thing”.

Russian expansionism is historically best contained when Europe and the West are united. Democratic leaders everywhere must work more effectively in NATO and elsewhere to persuade Putin that he is going in a dangerous direction.

Russia even under Putin might still be persuaded, hopefully by Donald Trump, that its long term best interest is to break with its imperial past, focus on domestic development and build constructive and peaceful bonds with its neighbours.

To strengthen its effectiveness in deterring aggression by Putin, NATO should support more vigorously the one nation that is militarily engaged in maintaining world order and standing up to Putin: Ukraine. Anchoring Ukraine to the Euro-Atlantic security community of democratic states is paramount.

At the NATO summit, Trump correctly criticized Germany for financing the Nord Stream 2 pipeline project, the implementation of which could lead to new military aggression against Ukraine and, as a result, might disrupt the European and world security system.  Currently, crucially important gas export is done through Ukraine’s unique gas transportation system, thus restraining Russia from more open war.

Ukraine’s experience in combating Russia’s warfare in all its guises—cyber, terror, disinformation, kinetic—is beyond any price tag. Given Putin’s illegal, remorseless disregard for international order, peace, and security, NATO must also find the political will to provide more defensive weapons to Ukraine despite its governance problems.

NATO leaders prudently met with their Ukrainian counterparts late last week to show solidarity with Kyiv. They also met with the leaders of Georgia in a show of support for Tbilisi against Russia, which has occupied parts of Georgia since 2008. The meetings were an important reminder from the West of the principle that one nation cannot violate the territorial integrity of another.

Ukraine has obtained U.S. assurance that President Trump will support its interests during the summit.  It hopes he’ll push Putin to end Moscow’s support for the separatists in eastern Ukraine and soften his opposition to the deployment of a peacekeeping mission to the region.

Another issue which should have a prominent place at the summit is Syria.  U.S. officials have worried about the danger of new conflict in Syria between Israel and Iran or Iran-backed forces.  The White House also seeks increased Russian oil production—a move on which Russia and the Organization of the Petroleum Exporting Countries (OPEC) have already agreed—the better to restrict Iranian export earnings and thus put constraints on its regime.

National security adviser John Bolton has said that he also expects Moscow’s election meddling, presumably in the United States and a host of other countries, to be discussed, adding that President Trump might advocate Russia rejoining the G7.

Progress on one or more of the issues is essential. “Even small steps in reducing tensions would be in everybody’s interest,” notes Finnish President Sauli Niinistö, hoping the leaders will discuss arms control and heed his concerns about tensions in the Baltic Sea region.