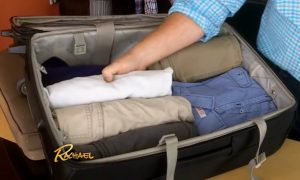 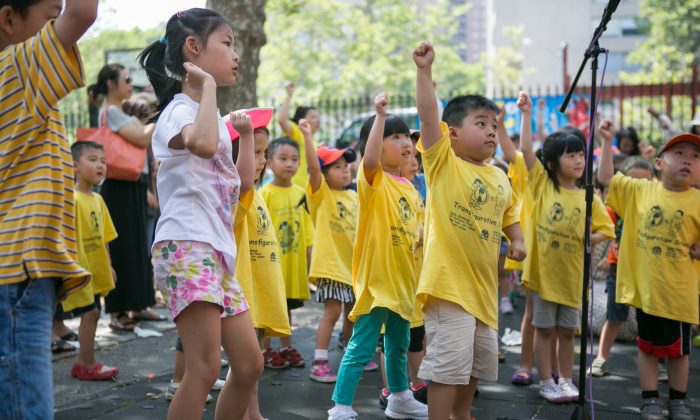 NEW YORK—The dancers, dressed in brightly colored T-shirts, leapt and rolled their way across the playground, twisting their bodies in the air and then landing softly on the rubber floor as the spectators cheered.

Their small hands clapped along to the beat of electronic music, while their teachers sprayed water mist every so often to keep them cool under the beating sun.

Already in its 15th year, the City Parks Foundation SummerStage Kids program brings arts and cultural performances to over 30 parks across the five boroughs every summer, according to the foundation’s director of youth and family programming, Monique Martin.

At Columbus Park in Chinatown, Manhattan, where the Australian dance company entertained the young crowd, there will be a new show every Tuesday for the next five weeks. Other parks will have between three to seven shows.

This is the first time the company is performing in the United States, founder and former dancer Shaun Parker said. He had first choreographed the number, called “Spill,” for a series of cultural performances during the 2012 London Olympics.

The piece was inspired by children’s dynamics in the playground. “There’s themes of loneliness, isolation, bullying, and we turn that around,” Parker said. “So that the kids see it from the outside and realize, ‘that’s actually quite mean.'” At one moment in the piece, the dancers mimed hitting each other, only to have another dancer signal for the others to stop.

Parker’s company will perform eight shows in total across different park playgrounds. “Not every family can afford going to musicals or shows. So it’s great that we can bring dance to them,” he said.

Emily Eng, principal of early childhood at the nearby Transfiguration School, brought 150 of her young students to attend Tuesday’s show at Columbus Park, all between three to six years old. She coordinates with the Foundation to bring her students to their shows, to make sure “the Chinatown community doesn’t get forgotten,” Eng said.

“Families here might not have knowledge or access to bring their kids out and about,” Eng added. The park performances allow the community to enjoy a diversity of activities for free.

At the end of the dance, an Australian dancer and MC invited the children to learn the dance moves with him. “Now let’s do the vogue,” he said. “We’re going to frame our faces.” The children copied his movements, arms barely coordinating, but their parents standing nearby didn’t mind, eagerly taking out their phones to record their young children enjoying a moment of fun.