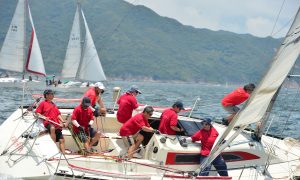 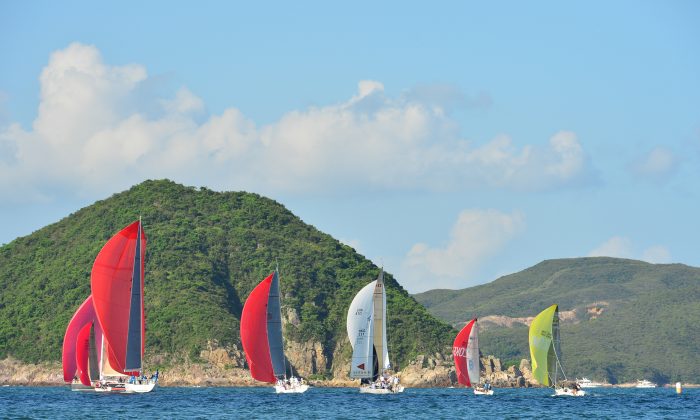 With a pleasant 8-10knot breeze which stayed buoyant for the entire afternoon of racing and the races proceeded in good order. Race Officer of the Day Nigel Slattery opted for a B4 windward/leeward race layout for all boats, requiring 2-circuits of the course for each of the 2-races. The windward mark for IRC and Sportsboats divisions was set at an extended distance to allow all boats to finish each race in about 1-hr.

IRC
“Lighthorse” continuing her speed advantage shown in races-1 and -2, finishing with line honours in each of the races but on corrected time she was pushed into 2nd and 3rd place in races-3 and -4 respectively. In Race-3 “Talkinghead” was first, “Stella” came 3rd with “Ymir” 4th and “Vixen” 5th. In race-4, “Stella” came first, “Moll” was 2nd, “Lighthorse” 3rd, “Talkinghead” 4th and “Ymir” was 5th. “Lighthorse” currently leads the series with 7-ponts, “Stella” is lying second with 10-points and “Moll” is in third place with 13-points.

Sportsboats
“Red Herring II” maintained good form in races-3 and -4 winning both of the races to lead the series with 5-points. “Merlin” is on 8-points after two second place finishes on Day-2. There is then a gap to “Phoenix” on 18-points. “Good Vibrations” is normally up with the leaders but missing day-2 is on 21.

Dragon Class
After a big turnout of Dragons for Day-1 of the series only 4-boats were available for the day-2 races. “Puff” and “Maiden Hong Kong” alternated in winning races-3 and -4 and “Phylloong” and “Wyuna” did similar for places-3 and -4. “Maiden Hong Kong” has taken the lead in the series with 7-points, “Puff” is on 15-points, closely followed by “Phylloong” and “Wyuna”. “Wudi” and “Celines” after missing day-2 are on 26 and 30 respectively,

Next Races
Day-3 of the Quest Yachting Typhoon Series takes place this coming Sunday July 5 and the next races of the UK Sailmakers Summer Saturday Series take place on Saturday July 11.