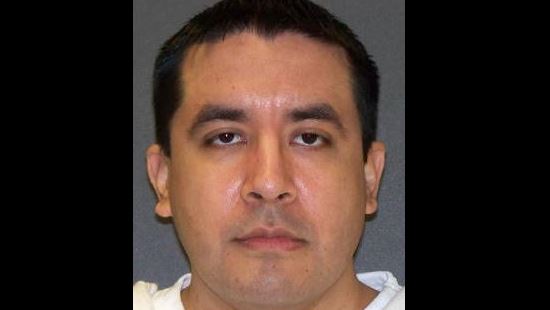 A Texas man convicted of killing two women was executed on Tuesday, March 27, after a seven-minute long statement in which he accused a district attorney of corruption.

Rosendo Rodriguez, 38, was convicted of raping and murdering 29-year-old Summer Baldwin in Lubbock in 2005.

Rodriguez had also confessed to killing a 16-year-old girl and stuffing her body into a suitcase before putting the suitcase in trash, reported CBS. He did the same to Baldwin.

A police investigation found that the suitcase was purchased and paid for by a debit card belonging to Rodriguez, reported Reuters. Baldwin’s blood was found in a hotel room where the suspect had stayed.

Before being executed, Rodriguez went on a seven-minute rant in which he accused Lubbock County District Attorney Matt Powell of covering up misconduct by the medical examiner.

The examiner’s testimony helped convict Rodriguez of the rape and murder.

He said there should be a civil rights investigation of Dr. Sridhar Natarajan, the medical examiner in Lubbock County, as well as Powell, reported the Lubbock Avalanche-Journal.

“Dozens if not hundreds of men and women were wrongly convicted due to illegal and wrongful actions of (Powell and Natarajan). They, too, need to be brought to justice,” Rodriguez said.

The comments referred to a lawsuit against the examiner made by another party, reported the Houston Chronicle.

The convicted killer also said the death penalty should be abolished.

“Stop the death penalty,” he said. “Do it to save my brothers in death row.”

And he said that people should get to know those on death row.

“I had the honor and privilege to know many prison guards and staff,” he told onlookers. “I want to thank all of them. I would like for everyone to write the people on death row as they are all good men and I am very happy I got to know them. All of their lives are worth knowing about.”

Rodriguez received a lethal dose of the sedative pentobarbital and was pronounced dead 22 minutes later.

The execution was the fourth this year in Texas and the seventh nationally, and came after the U.S. Supreme Court rejected an appeal to block the punishment.

Rodriguez’s lawyers claimed that lower courts improperly turned down appeals that focused on the testimony of the medical examiner at the trial that ended in a murder conviction.

However, state lawyers said the appeal was “nothing more than a last-ditch effort.”

Texas has executed more inmates than any other state since the Supreme Court reinstated the death penalty back in 1976.