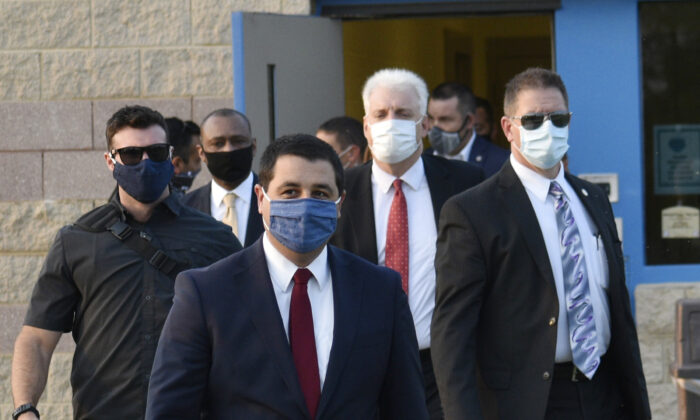 A woman appointed in December to head the Wisconsin Division of Criminal Investigation has filed a federal lawsuit charging the state’s Attorney General Josh Kaul and a deputy with racial and gender discrimination.

Tina R. Virgil filed the lawsuit in U.S. District Court for the Western District of Wisconsin, alleging pay discrimination because she is black and harassment that she says she reported but was never addressed.

She is seeking compensatory and punitive damages against Kaul and Deputy Attorney General Eric Wilson.

Virgil, 57, was named administrator of the Division of Criminal Investigation (DCI) on Dec. 19, 2021, based on the recommendation of three law enforcement experts outside the Wisconsin Department of Justice.

Virgil said in the lawsuit that when she was named to her previous job as head of the Division of Law Enforcement Services (DLES) in December 2019, she was paid less than the white male incumbent.

Kaul, elected to Wisconsin’s top law enforcement post in 2018, was made aware of the discrepancies, but did nothing to rectify them it was alleged.

A white woman named to head the Division of Management Services—a smaller and less complex division than the one Virgil oversaw—was paid more than Virgil, the lawsuit said.

It also alleged racial and gender harassment that began shortly after Virgil was named head of DLES.

The harassment was allegedly committed by Wilson and the then-head of DCI, who is not a defendant in the suit.

Virgil said her telephone calls were secretly recorded in violation of Wisconsin law and the recordings used to launch a disciplinary investigation of her.

She alleged that Kaul paid the memberships in professional organizations for various top DOJ administrators, but refused to pay for her similar expenses.

“Wilson told Virgil it would be an embarrassment for Kaul to pay for Virgil’s memberships,” the suit contended. “Kaul was aware of Wilson’s comment.”

Gillian Drummond, director of communications for Wisconsin’s DOJ, said the department denied the claims in the lawsuit.

“Throughout his time in office, AG Kaul has worked to make DOJ more diverse, equitable, inclusive, and collaborative, and DOJ is committed to ensuring that all of its employees are treated equitably,” Drummond said in a statement.

“An independent agency previously conducted a thorough investigation of similar allegations made by Administrator Virgil and it was found that the evidence did not support the allegations of work-rule violations.

“Disappointingly, the new complaint contains a number of false or misleading statements.”

Virgil made similar allegations in a complaint filed in April 2021 with the federal Equal Employment Opportunity Commission.

An outside review of the allegations commissioned by the DOJ could not substantiate the claims, according to reports made public in June 2021.

Virgil’s attorney, Lester Pines, dismissed the conclusions, because they were not part of an adversarial process that would establish the credibility of witnesses.