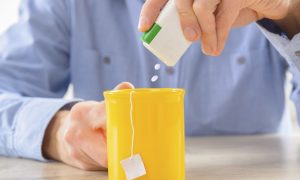 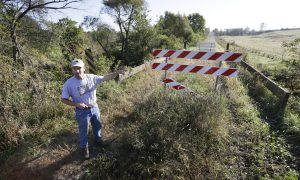 To Save Money, States Give Up on Repairing Some Rural Roads
0 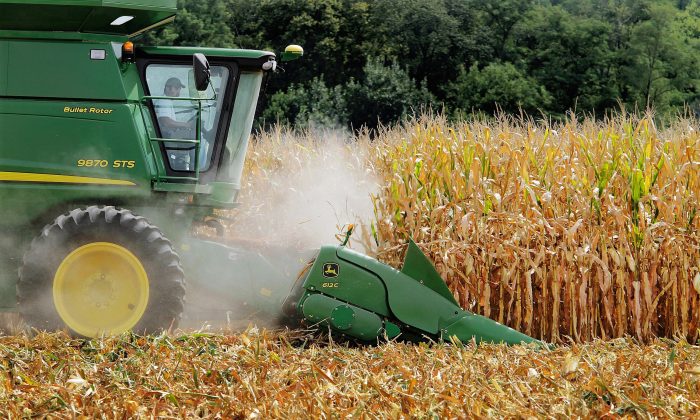 LOS ANGELES—A bitter billion-dollar battle in the sweetener wars came to an end Friday as sugar processors and the makers of high fructose corn syrup announced a secret out-of-court settlement.

The deal midway through a trial in Los Angeles federal court was announced in a short statement that sugar-coated the hostility that emerged from dueling lawsuits over losses each side blamed on efforts by their rival to win over consumers.

By bringing the case to a close privately, the foes avoided the uncertainty of a jury verdict that could have had broader market implications for products that are ubiquitous on the ingredient labels of countless food items in U.S. stores.

Sugar processors had sought $1.5 billion in a false-advertising claim against corn refiners and agribusinesses giants Archer Daniels Midland and Cargill and other companies after they tried to rebrand their publicity-plagued product as “corn sugar.”

Western Sugar Cooperative and other sugar processors said they lost money when corn refiners launched a “sugar is sugar” ad campaign that stated, “Your body can’t tell the difference.”

Corn refiners and the companies countersued for $530 million, saying they suffered after the sugar industry made false and misleading statements that included a comment that high fructose corn syrup was as addictive as crack cocaine.

They blamed the sugar industry for being behind the “junk science” that associated the product with diabetes and obesity.

Any rancor evident during the four-year legal skirmish wasn’t evident in the joint statement that announced commitments to “practices that encourage safe and healthful use of their products, including moderation in the consumption of table sugar, high fructose corn syrup and other sweeteners.”

Attorneys on both sides refused to discuss terms of the settlement or whether any money would be exchanged.

Eric Rose, a spokesman for the sugar processors, said they “achieved a satisfactory settlement of the disputes in the lawsuit.”

Big Sugar and Big Corn have battled in the marketplace since the 1970s when high fructose corn syrup was introduced as a cheaper alternative to sugar.

The fortunes for corn began slipping when studies in the mid-2000s began connecting the product to health problems such as obesity.

Corn refiners launched the ad campaign to support its bid before the Food and Drug Administration to change the name to “corn sugar.”

The FDA rejected the request in 2012, finding that sugar was a solid, dried and crystallized food, not syrup.

Although some consumers passionately favor one product over the other, science has determined they are nearly identical and are metabolized the same way, said Roger A. Clemens, a University of Southern California research professor of pharmacology and pharmaceutical science.

Sugar is sucrose, which is half fructose, half glucose. High fructose corn syrup is typically 55 percent fructose and 45 percent glucose.

The trial had presented a chance for jurors to weigh in on the vexing debate and side with one sweetener after years of dispute in the court of public opinion over the evils of both.

A big win by one side over the other could have had a broader impact on the food industry, the law and advertising.

Attorney Dan Herling, who was not involved in the case but has handled suits alleging false or misleading labeling or advertising of foods, said a jury verdict could have provided a model for lawyers looking to take on foods with genetically modified or non-organic ingredients.

“I would also imagine that people who come up with marketing campaigns would have to take a step back and say if we do this not only how is the market going to react, but is it going to lead to a lawsuit,” Herling said.

Attorney Mark Lanier, who represented sugar processors, predicted before the trial that if he prevailed, other companies would the follow the likes of Hunt’s ketchup and Capri Sun juices and switch to sugar from high fructose corn syrup.

“I think both sides will get massive PR out of the win or the loss,” he said. “Good PR or bad PR. Both sides have a lot hanging on it.”

The settlement essentially brings the case to a draw in the public eye.

The outcome was similar to one between the sugar industry and the makers of Splenda seven years ago.

Sugar processors alleged that McNeil Nutritionals engaged in misleading advertising for promoting the sweetener as a natural food product with the slogan “tastes like sugar because it’s made from sugar.”