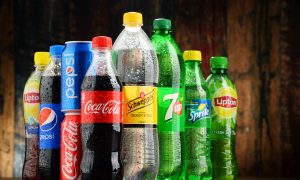 Seattle to Become Latest US City to Tax Sugary Drinks
0 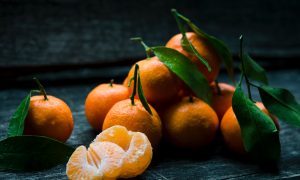 If Sugar Is so Bad for Us, Why Is the Sugar in Fruit OK?
0 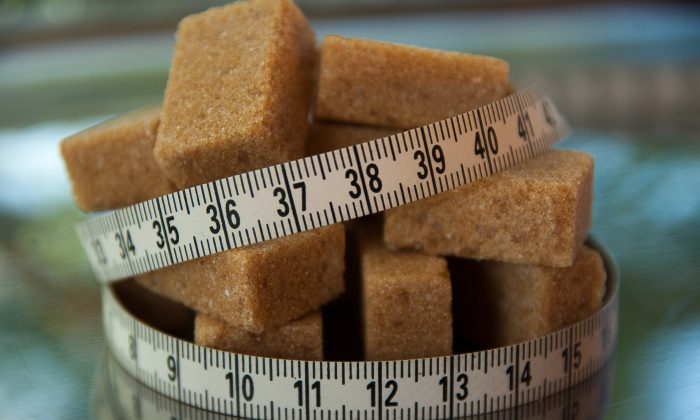 Is sugar to blame for the obesity crisis? (JacMac34/Pixabay.com)
Viewpoints

LONDON—I’m not a medical practitioner, but the understanding that sugar equals obesity and diabetes has fascinated me for decades, especially as an American who emigrated to Britain 43 years ago. But the more I read, the more contradictory the evidence is on this topic.

When I first came to the UK, the diet was much less healthy than it is now, yet obesity wasn’t at the current near-epidemic proportions. Sugary soft drinks were in plentiful supply in 1976, but diabetes hadn’t proliferated as it has in the past decade.

Most of the British population was thin, even though it was customary to put, say, two teaspoons of sugar in tea or coffee and to buy sandwiches laden with butter. (Forty-three years later, I still cringe at the thick layer of butter covering each slice of bread.) When I observed Britons in cafes at lunchtime, it was “chips and bacon with everything,” plus a buttered roll. Though the health of their teeth suffered, most people were lean.

In the 2010s, we spend far too many hours on social media and the internet. For many, being idle affects the heart. Most kids aren’t running around after school, but instead are playing video games and surfing the web.

Then again (here comes the first of many anomalies), my neighbor Anne died on the eve of her 89th birthday. She was sedentary beyond words and made sure I brought her a daily tub of ice cream. Yes, that’s right—she ate a tub a day. Winston Churchill was corpulent, smoked and drank to his heart’s content—no pun intended—but lived to 90. Benjamin Franklin wasn’t exactly the picture of athleticism, but lived to 84.

In my own case, I was skeletal, like all of my family, but a London gynecologist put me on the contraceptive Gynovlar in my 30s; in a month, I had gained 15 pounds. Within another month, I had gained a total of 30 pounds. My figure changed from lean to obese. This is an example of the proliferation of chemicals being pumped into us.

I find that my friends in their 80s and 90s—who lived through World War II, rationing, and epidemics for which there were no vaccinations—are much healthier than my generation.

Alcohol consumption has risen in recent years. Because plastic money has become widespread, it’s possible to drink yourself under the table without worrying about the cash in your pocket. In my first years in the UK, one could spend a few hours in a pub and watch patrons nurse a pint of beer, but in recent years, a “tab” is opened and the volume of alcohol consumption increases.

There has been a grievous rise in liver problems among young women. The youth drunkenness I witness in the center of London is mind-numbing. This, combined with supermarket “ready-meals” laden with sugar and salt, may be contributing to the health crisis.

Amid this understandable national alarm, hospitals and public places have decided to start banning candy bars and sodas from vending machines. Physicians on television note that inpatients shouldn’t be allowed to wander down the corridor of the ward and get a candy bar or soda. Have they any idea what bliss it is, when recovering from brutal surgery, and long after dinner hour has ended, to munch or drink something sweet?

In this context, those of us who are either type 1 or 2 diabetics need something sweet if we start having a hypoglycemic attack. When I was having chemotherapy, I always kept a candy bar and soda by my cubicle. Likewise, when British Prime Minister Theresa May is abroad, you’ll notice the hosts always have a bottle of soda and orange juice for her, as she is a type 1 diabetic and needs a glucose boost if she feels a “hypo” coming on.

One of the worst situations I’ve ever witnessed occurred at the home of a dear friend, May, who had recently become engaged to a type 1 diabetic, Bob. He had injected insulin too soon pre-dinner and was shaking. I realized he was going into a serious hypoglycemic attack and shouted to May to bring a soda. What did she bring? Diet Coke. It transpired that she only had diet drinks in the fridge because she thought “diabetics must never have sugar.”

Luckily, a paramedic arrived with a glucose injection; Bob’s blood sugar level had dropped to near-fatal. He survived, but this was an example of lack of understanding that a sugar-hit can be a matter of life and death. This is why the anti-sugar brigade irritates me.

What Is the Cause?

In my extensive research, I must confess to being baffled as to why hot countries have higher levels of overweight people while cold countries’ populations seem to be leaner. For example, Mexico is high on world obesity tables. Experts attribute this to their love for “Vitamin T.”

According to a July 8, 2013, GlobalPost report, “tacos, tamales, and tostadas” anchor the national diet. “The carbohydrate and lard-loaded dishes now get gobbled daily. This wasn’t so much a problem in past generations, when most Mexicans lived on the land, worked hard physical labor … the more sedentary lifestyles, combined with the ability to eat as if it were a party most days, has helped lead to the country’s girth growth.”

Fast forward and surgeon Antonio Castaneda told the Financial Times in 2017, “In the last four years, in spite of certain strategies … the problem is still rising.“

Japan ranks among the leaner of the world’s populations, but its draconian government regulations would never work in countries like the United States, where the concept of  “life, liberty, and the pursuit of happiness” is sacrosanct.

What is the answer to the worldwide obesity and diabetes crisis? Taxes on alcohol and tobacco have only slightly reduced consumption; I am skeptical that the “Sugar Tax” implemented in the UK in April 2018, though meant to nobly fund 520 million pounds ($700 million) worth of school sports facilities, will much reduce fizzy drinks’ popularity.

Well-meaning medical websites encourage us to drink daily fruit smoothies, but my late husband’s obsession with these contributed to his rotten teeth.

My blood-sugar problems increased after a year in Israel drinking daily mega-smoothies. Healthline.com suggests having peanut butter with bananas instead of jam. Please, no.

Yes, let’s all get more active and cut down on alcohol. Still, there is no definitive answer to the obesity epidemic.