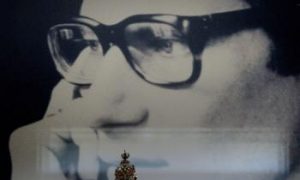 Fears that the busy Suez Canal waterway would be shut down amid social strife in Egypt ramped up stocks of tanker owners and pushed up oil prices near $100 a barrel on Friday.

Unrest in Suez, one of Egypt’s largest cities in terms of population, as well as Cairo and Alexandria sparked concerns that the canal would be closed. Investors were gambling that, in such an event, demand for oil and tankers would skyrocket.

If the Suez Canal were indeed closed, despite little to no indication of that happening in the immediate future, thousands of ships including oil tankers that provide Europe with the commodity from the Middle East would have to loop around Africa, slashing the availability of ships and oil.

“Shutting the canal would result in tankers having to go around the tip of Africa, adding about 6,000 kilometers (3,729 miles) to their journey,” Cantor Fitzgerald analyst Natasha Boyden told Bloomberg News.

Egypt is a significant oil producer—it is the 21st largest in the world, according to the Wall Street Journal citing data from the Joint Oil Data Initiative. However, oil supplies could be significantly more affected if social unrest were to spread to neighboring OPEC countries.

"If this thing spreads across the North African continent, gets into Libya, Algeria, then you've got trouble,” The Schork Report energy newsletter editor Stephen Schork told the Wall Street Journal.

About one-sixth of all traffic, by volume, through the 120-mile-long Suez Canal is crude oil or refined petroleum products, according to Reuters.