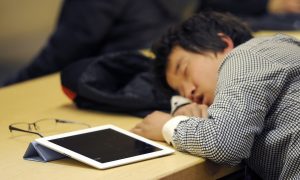 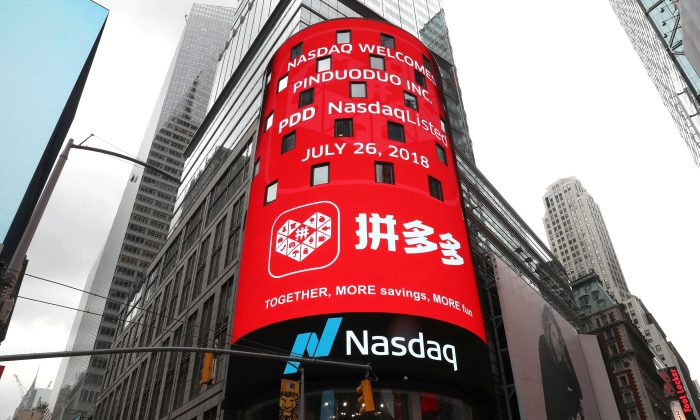 A 22-year-old female worker of Pinduoduo, a large mainland Chinese e-commerce company currently listed on the Nasdaq, who died suddenly after finishing work late at night, has drawn nationwide attention to the company’s workplace policies, and criticism of its online response.

News of the employee’s sudden death circulated online since her death on Dec. 29. Pinduoduo issued a statement confirming the matter almost one week later on Jan. 4.

The company said that the deceased employee with the surname Zhang was born in 1998 and joined the company in July 2019. She suddenly collapsed on the way home with her colleagues at 1:30 a.m. on Dec. 29, 2020, and was sent to the hospital. She died within 6 hours and was cremated on Jan. 3.

According to Chinese media reports, the deceased was an employee of Pinduoduo’s “Duoduo grocery” business in Xinjiang, helping people buy and deliver groceries. “Duoduo grocery” is a community group buying platform that Pinduoduo has put a lot of effort into developing since last year.

It is an emerging business, and launched an app in August 2020. The company promises “Next Day Delivery.”

The quick expansion of Pinduoduo’s business came at the cost of long employee work hours.

According to a netizen who claimed to be a colleague of the deceased female employee, the work schedule of “Duoduo grocery” is 24/7 without 1 day off, and requires employees to work no less than 400 hours per month.

On Jan. 4, a question was posted on a major Chinese website Zhihu (similar to quora.com), asking “What do you think of the sudden death of the employee of Pinduoduo after working overtime? What responsibility should Pinduoduo bear?”

Below the question, Pinduoduo’s official account posted a response, “Look at people at the bottom of society, who is not trading their lives for money?”

It added, “I have never considered it to be a problem of capital, but a problem of this society. This is an era of hard work, putting your life on the line.”

Pinduoduo’s social media response stirred criticism from netizens and has now been removed from the Zhihu website.

Afterward, Pinduoduo issued a notice to “refute the rumor,” claiming it had never released an “official response” on Zhihu. The company said an employee of a marketing company posted the response and that it didn’t represent Pinduoduo.

With the deterioration of the Chinese economy and the increasing infringements upon citizens’ basic rights, it is becoming harder for Chinese people to survive. Under the Communist regime, those considered to be “low-end people” struggle to live. A 2014 report suggested 600,000 people die in China every year due to work-related stress.