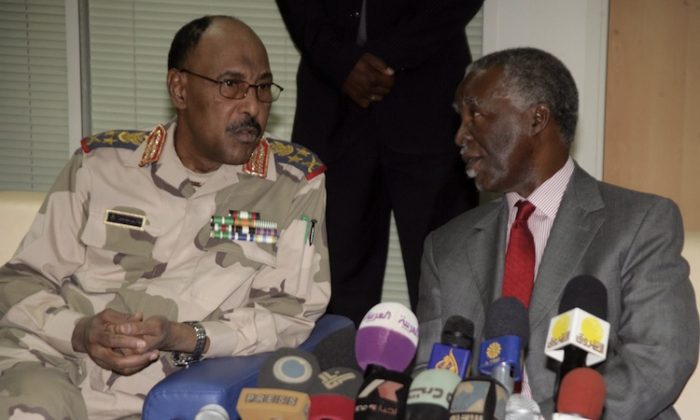 Sudan released four foreigners who were captured last month in the disputed Heglig region, it was reported on Sunday.

The four included a Norwegian, a Briton, a South African, and a South Sudanese. Sudan had accused them of spying for the government of South Sudan. The claim was rejected by the South, which identified the group as a team working to remove mines along the border.

“We launched an investigation and had great doubts about their intentions because they were arrested in a war zone,” Hussein told reporters, according to Reuters. “They were working for one of the two sides.”

“The president of the Republic decided to release them as a gesture of goodwill,” Hussein added.

After a ceremony in Khartoum, the four got into a convoy that belonged to Mbeki and left, AFP reported.

Mbeki is in Khartoum attempting to broker a peace deal between Sudan and South Sudan following recent clashes along the disputed border. The bout of fighting started in April when South Sudanese forces occupied the oil-producing region of Heglig.

Sudan has been accused over the past several weeks of launching air strikes on South Sudan.