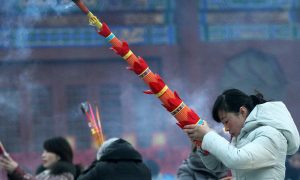 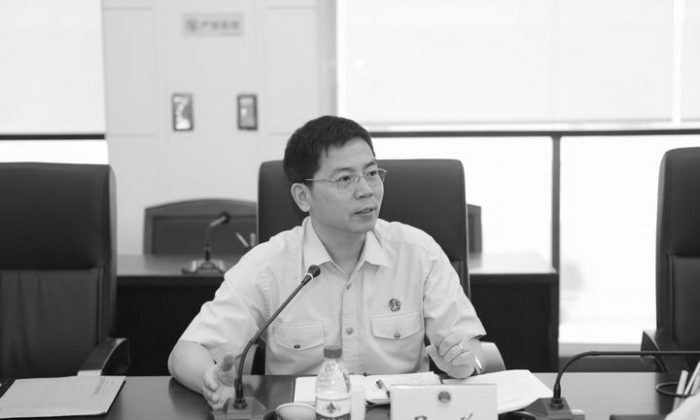 Subordinate Calls Out Top Chinese Officials to Disclose Their Wealth

Local municipal leaders should be the first to disclose details of personal assets, shouted Wu Xiang, a member of the Chinese People’s Political Consultative Conference (CPPCC) in Guangzhou, during the group’s meeting on Jan 2, reported the Guangzhou Daily.

“If we were to push for a system for disclosing the personal assets of public officials, you guys should do it first,” shouted Wu, during the open mike period when members of the local CPPCC can speak freely.

Wu was calling out the municipal party secretary, the mayor, and the local discipline inspection commission secretary to come clean with their personal wealth.

The CPPCC is a consultative body whose members deliberate on issues and provide opinions for the China’s highest political organ, the National People’s Congress.

“The resistance from different levels of officials have stalled such a mechanism from being pushed forward. If the top leaders were to take the lead, it would send a powerful message,” said Wu.

Contrary to the United States, where public officials are required by law to disclose their personal assets, China does not have such a law in place. Every now and then, ever since Han Deyun, a lawyer and a representative from Sichuan Province, first brought the issue up at the National CPPCC in 2006, talk about disclosure comes up again,.

On Jan. 3, an opinion article published by Peng Pai, a new-state-funded online media outlet, provided two explanations for failure to implant a system of any kind for disclosing officials’ wealth after all these years.

On the one hand, the Chinese Communist Party’s national development strategy could be thrown into a chaos, the article said, if people become outraged by the sheer increase in corruption cases as a result of making public the wealth of public officials. This could affect “social stability,” according to Peng Pai.

On the other hand, the failure to disclose assets enables corruption. Without disclosure, people can easily move their assets. China does not have in place a financial system that requires real names, a personal credit system, effective monitoring of cash and money laundering, gift taxes or inheritance taxes, the article said.

This is what any civilization needs
— Chinese netizen

Guangzhou, where Wu shouted at the local officials, is the capital of southern China’s Guangdong Province. A relatively rich province, Guangdong has been the site of some experiments in reform in recent years.

The controversy over disclosure dates back to an initiative put forward in speech in November 2012 by Wang Yang, then the Party head for Guangdong (and now vice premier). He supported the idea of public officials disclosing their assets, saying that various methods would be explored for putting in place an experimental declaration system, Caixin reported.

In less than a month, a pilot program was put in place, but only for officials from only two counties and two areas. Eventually, the plan was meant to expand the program to the entire province.

However, the program immediately drew criticism from fellow Party officials, running into the resistance Wu complained about.

Ye Pengzhi, a representative from Guangzhou for the local People’s Congress, was quoted by Nanfang Daily in January 2013 as saying, “Officials should have their own privacy, similar to the privacy between doctors and patients.”

Tsai Ying, a pseudonym for a mid-level official in Guangdong, said there are some loopholes in the asset declaration form.

“At most there are some sort of spot checks. So why not move our assets to our relatives?” said Tsai, who elaborated that she already knew quite a few fellow officials had already done so.

In comments on the Peng Pai article, netizens expressed their support for public officials disclosing their wealth, but with much reservation and suspicion.

“It is like hearing someone coming down the stairs without seeing a person. Without anything concrete, it would be like a gun firing blanks,” said a netizen with the nickname “A dude from Nanjing.”

“This is what any civilization needs. Foreign countries have it, so should China,” said a netizen with the moniker “A Young Dutiful Citizen.”