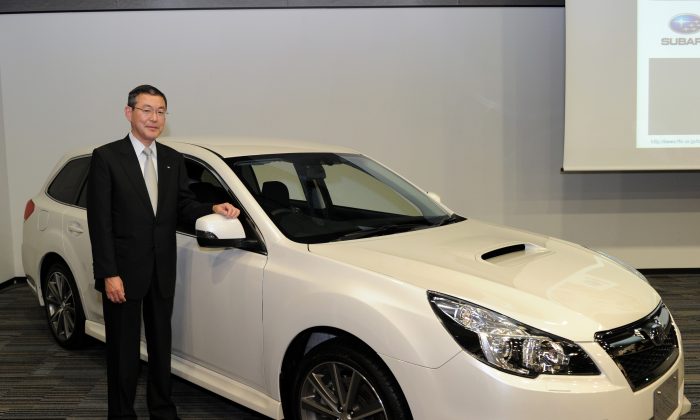 Subaru President Yasuyuki Yoshinaga poses next to the SUV "Legacy" in Tokyo on May 8, 2012. (YOSHIKAZU TSUNO/AFP/GettyImages)
US

Subaru has recalled some of its 2013 Outback and its Legacy models due to steering issues.

The company made the announcement several weeks ago, saying that two customers complained about their steering failing, according to ABC News. No injuries or accidents were reported in connection with the complaints.

Subaru stated that it believed the problem with the outer and inner shafts in the steering column were fixed before vehicles were shipped out from the factories.

MSN Autos reported that 5,379 Outback and Legacy models were affected in the recall.

The National Highway Traffic Safety Administration said that if the upper and lower parts of the steering shaft lose contact, then “the driver would lose the ability to steer the vehicle, increasing the risk of a crash,” reported USA Today.

Subaru recalled some 47,419 cars with remote engine start, which included the 2013 Legacy and Outback to fix faulty key fobs. And in April, some 10,000 2014 Foresters were recalled over floor mats.