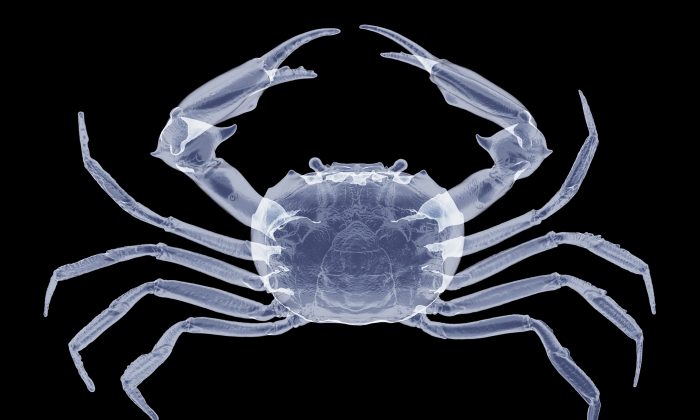 Zoos and nature reserves are some of the most fascinating attractions known to mankind. With the opportunity to view animals not typically seen in urban, industrialized environments and safe opportunities to get kids excited about nature, they can be both entertaining and enriching.

The London Zoo has taken their quest to enrich lives a step further, though, with their recent release of a series of spectacular X-ray images taken by a veterinary team working with the world’s oldest scientific zoo.

The images show several species such as the Gila monsters and tokay gecko, giving kids and adults alike a delightful opportunity to see under the skin and scales the intricate interior skeleton: the winding vertebrae of a corn snake and the wondrous frame under the large hairy armadillo’s armor.

The X-rays were taken during a recent health checkup, used to make sure that all of the animals are in good fitness and health by taking a look at what’s going on inside.

While the scientists and veterinary teams that work at the zoo often have access to such images, though, this is a rare opportunity for the general public to take a glimpse at animals that have starkly different skeletal makeups from humans.

“We can tell so much about an animal’s health from looking at an X-ray—from the strength of their bones to how healthy their heart is,” Heather Macintosh, a ZSL London Zoo veterinary nurse, explained in a statement about the images. “They’re vital to our work, and even though we get to see unique X-rays fairly often we still think that they’re absolutely fascinating.”

The London Zoo has been used as a habitat for scientific study since 1828, when it was first opened for private use.

The attraction has been open to the public since 1847, and both London natives and local tourists are able to delight and marvel at the nearly 700 unique species living within its gates.

The decision wasn’t entirely unique, as a release of similar X-rays from a health check at the Oregon Zoo across the Atlantic was made back in October 2018. The Oregon Zoo’s posts were met with slightly smaller fanfare, but were definitely equally impressive and fascinating: