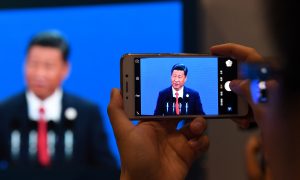 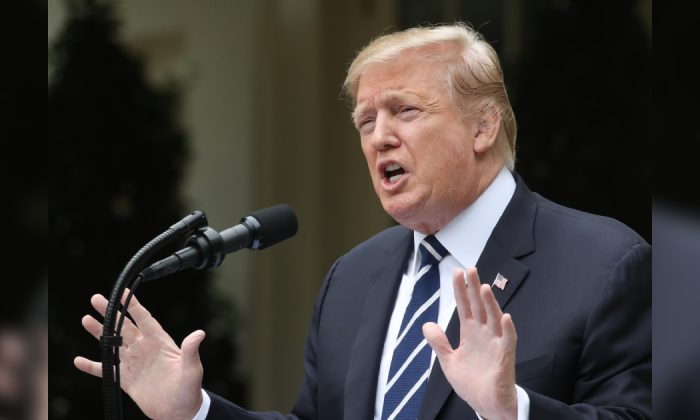 President Donald Trump speaks about Robert Mueller's investigation into Russian interference in the 2016 presidential election in the Rose Garden at the White House in Washington on May 22, 2019. (Mark Wilson/Getty Images)
Trump Administration

A newly released study by the Media Research Center, an institution dedicated to “exposing and combating liberal media bias,” found that 92 percent of evening newscast coverage on Trump by ABC, CBS, and NBC in May was negative.

A gross 28 percent of the 513 minutes covering Trump was spent on the Russia investigation, which, oddly enough, accounted for twice as much of the coverage on Trump after the completion of Robert Mueller’s report as it did before:

“Despite the Mueller report’s lack of an anti-Trump smoking gun, the broadcast networks actually became more invested in the Russia story, as their total coverage jumped from 196 minutes from January 1 to March 21 (19 percent of Trump’s total airtime) to a whopping 317 minutes from March 22 through May 31 (nearly 42 percent of all of the President’s coverage),” MRC states.

The statistics are nothing new. Since Trump took office, negative coverage by the big networks has been hovering constantly at 91 and 92 percent except for two days—March 24 to March 25 this year, when Attorney General William Barr released the key findings of special counsel Robert Mueller’s 22-month-long investigation. After that, reporting went back to its previous state.

Trump accused the company of predominantly showing news results from the “fake news” media and questioned if the practice was lawful.

He said on Twitter: “Fake CNN is prominent. Republican/Conservative & Fair Media is shut out. Illegal? 96% of… results on ‘Trump News’ are from National Left-Wing Media, very dangerous. Google & others are suppressing voices of Conservatives and hiding information and news that is good. They are controlling what we can & cannot see. This is a very serious situation—will be addressed!”

….results on “Trump News” are from National Left-Wing Media, very dangerous. Google & others are suppressing voices of Conservatives and hiding information and news that is good. They are controlling what we can & cannot see. This is a very serious situation-will be addressed!

The mainstay of news was the Russia “collusion” narrative that focused on the investigation by special counsel Robert Mueller.

Mueller was probing reports of Russian interference in the 2016 election and allegations of “collusion” by the Trump campaign in those efforts. While Mueller indicted some two dozen Russians for election meddling, any Trump campaign involvement remains unsubstantiated more than two years after the FBI probe first started.

That didn’t stop the networks from dedicating almost 33 hours of evening news to the story since Trump’s inauguration, including 342 minutes this summer, of which 97 percent was negative toward Trump.

Correction: The lead sentence has been updated to reflect the correct time period referred to in the study. The Epoch Times regrets this error.