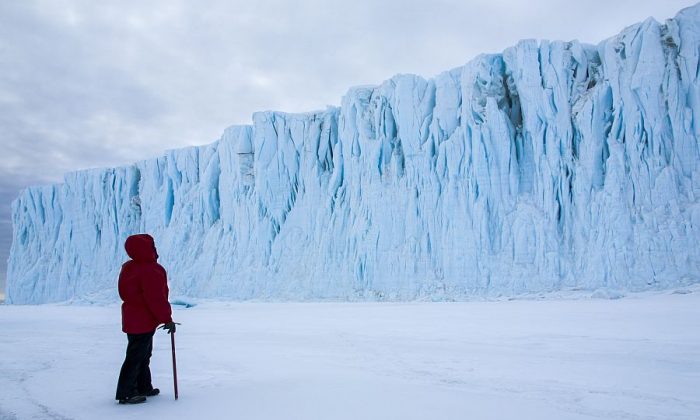 Carbon emissions generated by humans appear to be pushing the world’s next Ice Age further into the future, according to a new study in the science journal Nature.

Using a number of computer simulations of long-term climate patterns, the scientists found that the earth narrowly avoided the beginning of a new Ice Age near the start of the Industrial Revolution.

“Our study also shows that relatively moderate additional anthropogenic CO2 emissions from burning oil, coal and gas are already sufficient to postpone the next Ice Age for another 50,000 years,” leader author Andrey Ganopolski said in a statement. “The bottom line is that we are basically skipping a whole glacial cycle, which is unprecedented. It is mind-boggling that humankind is able to interfere with a mechanism that shaped the world as we know it.”

The computer models, based on data gathered on the last 8 ice ages, estimate that the next Ice Age was scheduled for around 50,000 years from now, but man-made carbon emissions might push it back by at least another 50,000 years.

Usually, the beginnings of an Ice Age is defined by very low solar radiation during the summer, which the world is experiencing right now, but there’s no evidence that we’re transitioning into an Ice Age.

“Today it is humankind with its emissions from burning fossil fuels that determines the future development of the planet,”co-author Hans Joachim Schellnhuber said in a statement. “This illustrates very clearly that we have long entered a new era, and that in the Anthropocene humanity itself has become a geological force. In fact, an epoch could be ushered in which might be dubbed the Deglacial.”