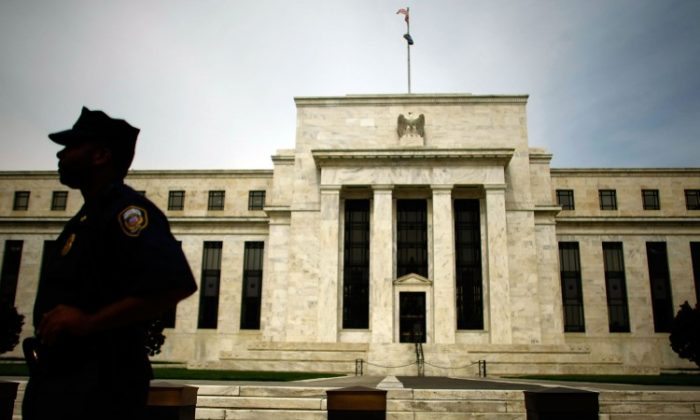 Yet, trust in government and the financial services sector remains relatively low.

“We’re clearly experiencing a crisis in leadership,” said Richard Edelman, president and CEO of Edelman. “Business and governmental leaders must change their management approach and become more inclusive… They must also pass the test of radical transparency.”

Edelman is referring to the finding that only 15 percent of the general public polled in the United States trust business leaders to tell the truth and only 10 percent would trust government officials to do the same. In the U.S., trust in government decreased 8 percent in the wake of the presidential election and political bickering in Congress.

The PR firm Edelman polled 31,000 people in 26 countries late in 2012 to obtain results for the study which was released Jan. 20. It will be a useful input for the World Economic Forum in Davos, Switzerland, which starts this week. It also distinguishes between two groups, one being the general public, the other one being well-educated and informed citizens, which it calls “informed publics.”

Respondents Question Global Leadership
Globally, the general public and better educated citizens are distrustful of government officials and business CEOs. Trust for a government official is still at the bottom of the rank at 36 percent, while business CEOs finish second to last at 43 percent. Academics or experts are the most trusted sources, followed by technical experts.

“This confirms the democratizing trend of recent years with influence and authority moving away from CEOs and government leaders to experts and peers,” said Edelman.

The study also shows that people expect much more from their leaders, especially from business leaders. On a global scale and across five different areas, such as integrity, products, and services as well as purpose, business performance continually falls short when compared to the public’s expectations.

The gap is the highest when it comes to treating employees well, which is a subcategory of engagement. Sixty-one percent of respondents think that this is an important issue but only 24 percent feel that businesses have lived up to the demands. There is not one single category where businesses managed to exceed expectations.

Banks and Media the Least Trusted
Two of the most important industries have the lowest trust scores. Banks, financial services companies, and the media are trusted by just about half of the “informed publics.” Technology finished at the top, earning the trust of 77 percent of the respondents.

“The financial services industry must become more aggressive in explaining its business model and do away with terms such as proprietary trading,” said Alan VanderMolen, responsible for global practices at Edelman. “Stakeholders have to understand how banks are making money and how the industry is working to benefit its shareholders and society.” The American Bankers Association could not be reached for comment.

While trust in banking has recovered since 2011 in the United States, when it hit a low of 25 percent among informed publics, it is still relatively low at 49 percent in the latest survey. The respondents indicate that banks are failing on their core responsibilities to lend to consumers and small businesses. In addition, their handling of IPOs and their trading and investing in government debt is not up to the public’s expectation.

Edelman finds that numerous banking scandals such as Libor manipulation or fraudulent mortgage practices have hurt banking again over the course of 2012. Fifty-six percent of people globally said they heard about scandals in finance and banking.

The media generally has reported widely on these scandals and yet had their own scandals to deal with, which hurt trust. Trust in media fell 14 percent after a scandal involving journalists hacking into the voice-mail of private citizens. In the U.S. trust in the media by informed publics increased six points to 51 percent.