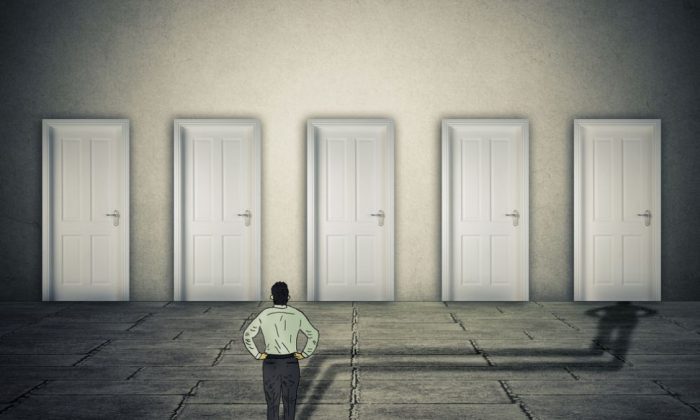 Study Measures Intuition, Shows It Can Boost Accuracy of Decision-Making

Intuition can help people make decisions more quickly, accurately, and confidently, according to a study by researchers at the University of New South Wales, published in May in the journal Psychological Science.

The researchers defined intuition as occurring when, “non-conscious emotions … bias concurrent non-emotional behavior.” When we make practical decisions, a non-conscious feeling or intuition guides us.

In the experiments, test subjects were shown dots moving around on half of a computer screen. The decision, or “non-emotional behavior,” they were asked to make was to say whether they thought the dots were moving more toward the left or the right.

To create a non-conscious emotional stimulus, the researchers flashed subliminal images. A colored square appeared briefly next to the dots. Sometimes it was just a colored square. Sometimes, an image flashed in it so quickly it could not be consciously perceived. The image was meant to elicit either a positive or negative emotion (it may have been a baby or a snake, for example).

When shown positive images, they performed better on making the non-emotional decision. Not only did they feel better about their decision, they were also more accurate.

The study states: “Although most people agree that there is such a phenomenon as intuition, involving emotionally charged, rapid, unconscious processes, little compelling evidence supports this notion. Here, we introduce a technique in which subliminal emotional information is presented to subjects while they make fully conscious sensory decisions. Our behavioral and physiological data … show that non-conscious emotional information can boost accuracy and confidence in a concurrent emotion-free decision task, while also speeding up response times.”