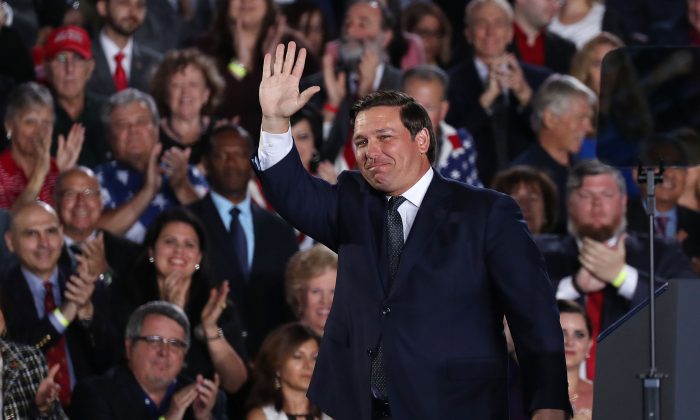 School choice advocates are promoting a new study by the liberal Urban Institute that finds private K–12 schools in Florida produce significantly better outcomes for students than public schools, leading to a greater chance of private school students attending and graduating from college.

“This study confirms it: School choice works,” Schultz told The Epoch Times in an interview.

The FTC scholarship program serves 100,000 students with an average family income of $24,000 per year, and 68 percent of the students are black or Latino, according to Schultz’s group. It’s also cost-effective: Scholarship funding represents just 55 percent of the dollar amount of per-pupil spending in the state of Florida.

The study, by Urban Institute analysts Matthew M. Chingos, Tomas Monarrez, and Daniel Kuehn, examined the FTC scholarship program, which gives private school scholarships to as many as 100,000 low-income students each year.

Florida’s program is the largest of its kind in the United States. Secretary of Education Betsy DeVos has praised the Sunshine State’s program, which essentially has been replicated in many other states, as a model for the nation.

The education establishment and national teachers’ unions generally oppose school choice and school voucher programs. Favoring school choice makes it much more difficult for Democratic politicians to advance their careers, because taking that stand alienates the party’s left-wing base.

But there is widespread hypocrisy about school choice of the Democratic side of the aisle, Schultz said.

“We find it funny that when you look at the last Democratic administration, the top leaders of the Democratic Party—President Barack Obama, Vice President Joe Biden, and House Speaker Nancy Pelosi—and what they all had in common was they all went to private K–12 schools and yet they oppose giving those options to all American families.”

He adds, “It’s hypocritical when lawmakers benefit from school choice and they want to deny that choice to others.”

DeSantis said Feb. 15 that Florida’s legislature should approve legislation this spring that would create a new program to serve as a “supplement” to the tax credit program, the Orlando Sentinel reports. “We’ll be able to wake up in May and say, ‘Wow, we’re taking big, bold action here in Florida on behalf of our schoolkids.’”

Giving scholarships to those on the waiting list would cost $90 million to $100 million, he said.

DeSantis has focused on education policy since he was sworn in as governor Jan. 8.

On Jan. 31, he ordered the state education commissioner to develop recommendations on how to remove the vestiges of the politically unpopular Common Core standards that remain in the state’s taxpayer-funded school system. Among those remnants is a system of standardized testing that has received broad, bipartisan criticism from state lawmakers and teachers.

Florida Stop Common Core Coalition Executive Director Karen Effrem expressed skepticism about some of the data in the study, and said there is a danger that school choice programs will allow Common Core standards to find their way into private schools.

There is “the threat of the future imposition of ‘accountability’ requirements and other regulations on private schools of the state standardized testing regime, as in Indiana and Louisiana, which would mean the imposition of Common Core standards and their aligned tests. This would result in a choice of venue but not a choice of curriculum.”