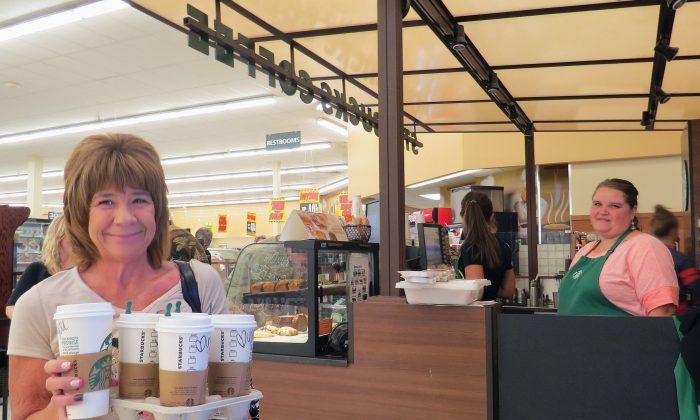 ALBUQUERQUE, N.M.—More than 1,000 years before Starbucks, caffeine was an international market mover, with ancient civilizations trading holly and cacao-based chocolate beverages between what is now modern-day Mexico, the Southwest, and the South, according to a new study.

Led by University of New Mexico anthropology professor Patricia Crown, the study states the trade lasted for around 700 years, likely driven by a pre-Hispanic caffeine addiction.

Previous studies found traces of cacao-based chocolate beverages in parts of the Southwest but this new study confirms their popularity and adds the holly drink that before the study was not known to be consumed in the Southwest, Crown said.

Holly, which was used to make a caffeinated tea, was grown in what is now the South.

Researchers found caffeine on shards from jars, bowls, and pitchers located at archaeological sites throughout present-day New Mexico, Arizona, and Colorado, where neither holly nor cacao grows.

“The fact we have found traces of caffeine that are 1,000 years old is exciting,” Crown said. “As new technology develops, we can discover things about the past like this using objects we already have in museums.”

Crown said the caffeine likely was used in rituals and political events. Scientists believe the drinks were largely consumed by the elite or a noble class because the plant for the drinks had to go through an intricate trade route.

What Happens When You Drink Caffeine?

“For people who had a diet consisting of corn, bean and squash, the drinks provided a kick,” Crown said.

Dave DeWitt, author of “The Food Lover’s Handbook to the Southwest,” said he was surprised to learn the study found holly was so popular in the Southwest. He believes it may have been consumed for the caffeine.

The chocolate, however, was likely popular for other reasons.

It’s unclear if people in the Southwest traveled down to Mexico or if the plants were obtained through village-to-village trade routes.

The study is published in the Proceedings of the National Academy of Sciences.