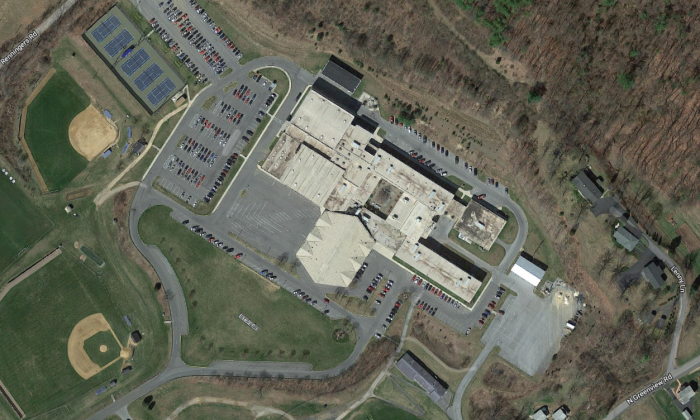 (Screenshot via Google Maps)
US News

Students Will Be Armed With Rocks in Case of School Shooting, PA Superintendent Says

A school district in Pennsylvania has announced it intends to arm students in case a school shooting takes place at one of their schools—with rocks.

The students will have a bucket of rocks nearby to hurl at a shooter, the superintendent of the Blue Mountain School District announced.

“Every classroom has been equipped with a five-gallon bucket of river stone. If an armed intruder attempts to gain entrance into any of our classrooms, they will face a classroom full students armed with rocks and they will be stoned,” said Dr. David Helsel, testifying to the House Education Committee last week in Harrisburg.

Helsel told WNEP that the idea is legitimate and can help if a shooter does open fire in a school.

“At one time I just had the idea of river stone, they`re the right size for hands, you can throw them very hard and they will create or cause pain, which can distract,” said Helsel.

The unorthodox measure isn’t the only one the district is taking; teachers, students, and other staff members were given training through the ALICE program.

The active shooter response training focuses on preparing school attendees in the event of a shooting.

According to the training institute’s website, “ALICE (Alert, Lockdown, Inform, Counter, Evacuate) Training instructor-led classes provide preparation and a plan for individuals and organizations on how to more proactively handle the threat of an aggressive intruder or active shooter event.”

It added, “Whether it is an attack by an individual person or by an international group of professionals intent on conveying a political message through violence, ALICE Training option based tactics have become the accepted response, versus the traditional ‘lockdown only’ approach.”

But Helsel said the bucket of rocks will be crucial if teachers lockdown a classroom.

Students and teachers said they support the idea.

“It matters because it will help protect the schools, anything helps, rocks are better than books and pencils,” one student told WNEP.

However, others dismissed it.

“I think it’s rather comical,” one student said.