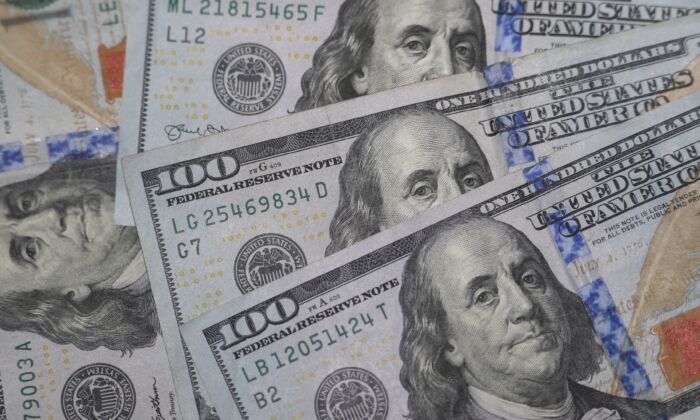 Students Must Take Responsibility for Their Debt

According to the Federal Reserve Bank of St. Louis, in the last quarter of 2021, of the total of all outstanding business loans from all commercial banks, 1.08 percent were delinquent.

Per the Federal Reserve Bank of New York, as of the second quarter of 2021, a little more than 2 percent of the $1.4 trillion outstanding in auto loans were delinquent.

Yet in the student loan market, totaling around $1.6 trillion, not that different from the total size of the auto loan market, an average of 15 percent are in default at any given time, per the Education Data Initiative.

It should be clear what the problem is.

Auto lenders make sure that those to whom they lend can and will pay back the loan. They’re careful because if the borrower defaults, the lender loses.

But if, tomorrow, President Joe Biden or Sens. Elizabeth Warren (D-Mass.) or Bernie Sanders (I-Vt.) were to decide that it isn’t fair that there are Americans without new cars and managed to get government guarantees for auto loans, is there any doubt that there would be a dramatic rise in defaults on car loans?

Those lending wouldn’t care who they lend to because they wouldn’t take the loss on a default. You and I, the taxpayers, would take the loss, as we will if Biden and his party have their way to wipe out student loans.

Of course, “wipe out” isn’t the right terminology. Debts don’t get wiped out. They just get transferred to someone else. In the case of government guarantees, that someone else is the taxpayers.

The concept of student loans backed by the government is another child of the allegedly compassionate 1960s.

Doesn’t it make sense to help the less fortunate obtain funds to pay for college?

But as many theologians and philosophers have noted, the greatest charitable act is to help another individual take control of their own life. Teaching personal responsibility is the most valuable gift that one can provide another.

A child growing up in the United States today looks around and finds himself or herself in a nation where its debt is larger than the entire economy and still growing.

The Wall Street Journal reported that one student loan adviser told them, “I’m seeing them say, ‘I’m going to take out more loans now and go buy GameStop stock with it because it’s going to get forgiven anyway.’”

A new Gallup survey reports that “32 percent of currently enrolled students pursuing a bachelor’s degree report they have considered withdrawing from their program for a semester or more in the past six months.” A total of 36 percent attribute this to financial reasons. But 76 percent attribute it to “emotional stress.”

Of course, the universities love this. What business wouldn’t think the government subsidizing the purchase of its product is a great idea?

Per the American Enterprise Institute, from January 2000 to December 2021, college tuition costs increased by 175 percent and college textbook costs increased by 150 percent. Over the same period, the consumer price index for all items increased by 65.5 percent; prices of cars, household furnishings, and clothing remained relatively unchanged; and cellphone services were down by 40 percent, computer software was down by 71 percent, and television sets were down by 97 percent.

We need to help our youth who want education to get it. But it must be done prudently.

Teaching our youth that they don’t need to pay back debts isn’t a good start.

Misguided efforts by Biden and his party to cancel obligations on student loans should be vigorously opposed.