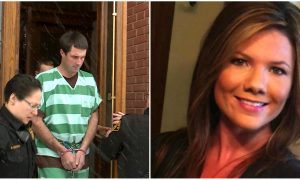 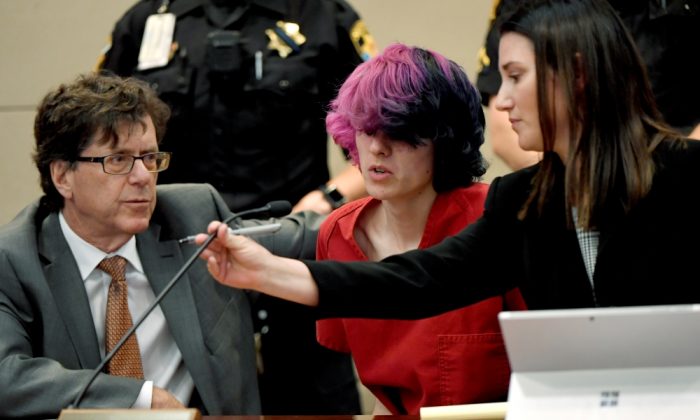 Devon Erickson, 18, accused of taking part in a deadly school shooting at the Science, Technology, Engineering and Math (STEM) School in Highlands Ranch, appears at the Douglas County Courthouse where he faces murder and attempted murder charges, in Castle Rock, Colorado, on May 8, 2019. (Joe Amon/The Denver Post/Pool via REUTERS)
US News

DENVER—Two students suspected of opening fire at their school are charged with over a dozen counts of murder and attempted murder as well as theft and arson, prosecutors said Wednesday, May 15.

The charges came on the same day a memorial service was being held for the one student who was killed in the May 7 shooting at the STEM School Highlands Ranch on May 7. Eight students were injured.

The accused gunmen, 18-year-old Devon Erickson and 16-year-old Alec McKinney, were arrested at the school and investigators say they opened fire inside using handguns.

The charges were listed in electronic court records. It wasn’t clear if McKinney was being charged as an adult.

The celebration of 18-year-old’s life will be held at Cherry Hills Community Church in Highlands Ranch. The senior was just days from graduating when he was fatally wounded.

Castillo along with classmates Brendan Bialy and Joshua Jones are credited with helping minimize the bloodshed by charging at one of the suspects in a classroom.

According to Bialy, Castillo sprang into action against the shooter “and immediately was on top of him with complete disregard for his own safety.” Jones said he was shot twice in the leg during the ordeal. Bialy said he was able to take the attacker’s weapon.

All the injured students have been released from hospitals.