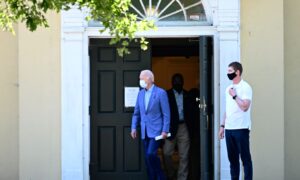 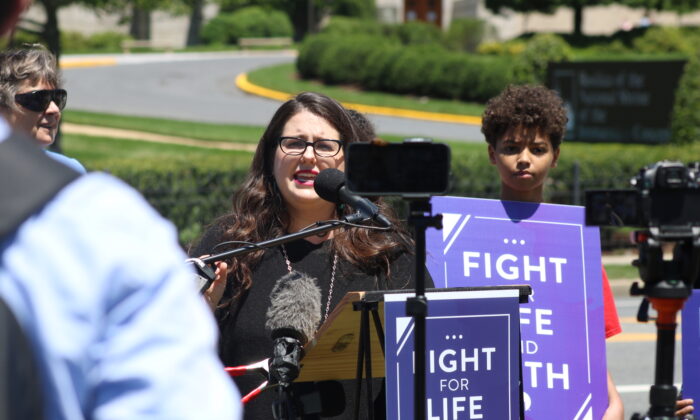 Students for Life hosted seven rallies across the country on June 16 urging leaders of the Catholic Church to “stand firm and fight for faith as they consider the impact of Catholics who claim to be faithful but reject church teaching with their policies and rhetoric.”

These rallies took place on the first day of the virtual meeting of the United States Conference of Catholic Bishops, during which leaders discussed whether those who go against Church teaching regarding abortion should be eligible to receive Holy Communion during Mass. This meeting comes as President Joe Biden, who identifies as Catholic, continues to face scrutiny for receiving Holy Communion during Mass as he pushes and supports his pro-choice agenda.

One of the Fight for Life and Faith rallies took place in Washington D.C. in front of the Basilica of the Immaculate Conception on the Catholic University of America’s campus. The rally drew dozens of supporters and speakers who gathered on the corner of Fourth Street and Michigan Avenue, located just steps away from the headquarters of the United States Conference of Catholic Bishops.

Anna Lulis, a data strategist for Students for Life, was one of the main organizers of the event. According to Lulis, the rally’s mission in Washington D.C. was to encourage Cardinal Wilton Gregory to “hold pro-abortion politicians accountable, specifically in regards to receiving Holy Communion.”

Lulis said that because the Eucharist (Holy Communion) is the “focal point” of the Catholic Church, as it is “literally the body and blood of Jesus Christ,” Catholics are called to practice extra reverence when receiving it during Mass.

“We understand the significance every time we go to church, and what we’re receiving when we receive the Eucharist. We understand that we are receiving the Lord Himself,” Lulis said. “We don’t want to degrade that in any way, shape, or form. And we hope that the U.S. bishops not only recognize that, but start standing up to these pro-abortion politicians who claim to be Catholic, yet still would like to receive the Eucharist.”

Lulis, who grew up Catholic, said her stance against abortion is rooted in both faith and science.

“I was taught that when a woman is pregnant, she is bearing a separate, unique, and distinct human being that has a separate strand of DNA, separate heartbeat,” Lulis said. “But I would be pro-life even if I wasn’t Catholic, just because of the scientific reasons behind that.”

It wasn’t just Catholics who attended the rally.

Makayla Obasun, a 16-year-old student from Maryland, attended the rally with her younger brother. Although she isn’t Catholic, Obasun attends a Catholic high school, which means Catholic doctrine affects how her school operates on a day-to-day basis.

Like Lulis, Obasun recognizes the scientific aspect that comes with being pro-life.

After the rally took place, the United States Conference of Catholic Bishops voted in favor of drafting a document on the Eucharist. According to Vatican News, this means “the episcopal Committee on Doctrine can begin work on the document and present a draft to discuss at their next meeting in November.”