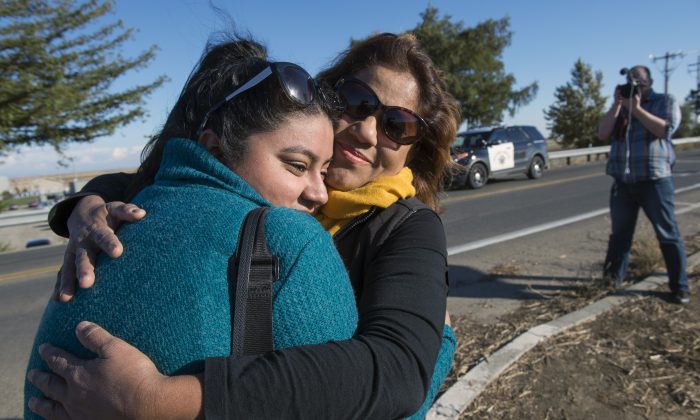 SAN FRANCISCO—There was no outward warning that a quiet 18-year-old would burst into a university classroom and slash fellow students over a dispute about a study group, investigators say.

Faisal Mohammad had no previous run-ins with police and no clues in his past behavior to suggest that the freshman at University of California, Merced, would try to execute an elaborate plan to kill his classmates as revenge for being kicked out of the group, the Merced County Sheriff’s Department said.

In some cases of mass violence, assailants leave signs of their intentions.

Elliot Rodger uploaded a video to YouTube explaining his violent plans before killing six and injuring 14 near the University of California, Santa Barbara, last year.

Seung-Hui Cho, the gunman who massacred 32 people at Virginia Tech, had been ordered into outpatient treatment prior to his 2007 rampage.

That wasn’t the case with Mohammad.

“There was zero radar on this fellow,” Merced County Sheriff Vern Warnke said.

Before the stabbing rampage, Mohammad gave no indication that “he was doing anything other than being a student at UC Merced,” Warnke said. Investigators didn’t find evidence of mental illness or signs that Mohammad would be prone to bloodshed.

Mohammad stabbed two students, a university employee and a construction contractor credited with interrupting the attack Wednesday morning before campus police shot him to death. Mohammad had written a two-page manifesto found on his body that detailed his plan to bind students to their desks with zip-tie handcuffs.

Then, he was going to make a fake 911 distress call, ambush responding officers with the hunting knife he carried and steal their guns to shoot a list of targeted classmates, including those in his study group.

Warnke called the plan the delusions of an angry young man, saying Mohammad wanted to do more harm but had little capacity to carry it out.

Background checks with help from the FBI and Homeland Security showed no connections to organized hate or terror groups, the sheriff said. And there was nothing from Mohammad’s childhood pointing to violence, investigators said.

“Faisal was a good student and quiet person with a small network of friends,” said Jennifer Dericco, a spokeswoman for the high school district he attended in Santa Clara, California.

A childhood friend said Mohammad enjoyed basketball, going to the mosque to pray and playing video games with his friends.

“He was quiet, but he was really friendly,” Ish Patel said. “He was intelligent, too—he performed well academically.”

Even those who knew him more recently were shocked. His suitemate on the rural campus described Mohammad as a loner—even unfriendly—but said the violence was still stunning.

“Why would someone want to do that?” Andrew Velasquez told KSFN-TV in Fresno. “I just didn’t expect it to be him.”