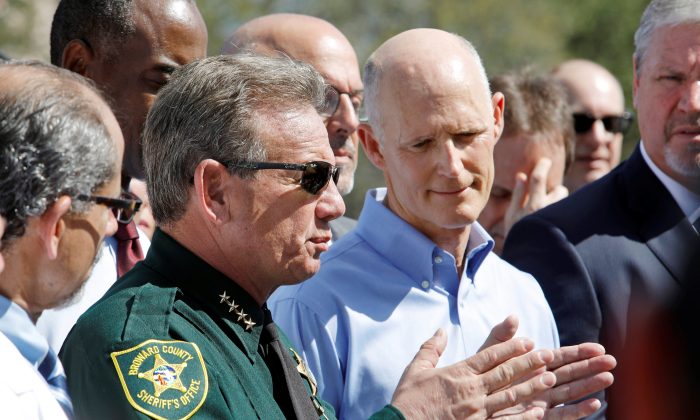 Students Across US Arrested for Threatening to Shoot Up High Schools

Students across the United States have been arrested for threatening violence in the schools they attend as part of the fallout from the Parkland, Florida, shooting on Feb. 14.

Students in Colorado, Florida, and Indiana were among those arrested by officers attempting to thwart copycat attacks.

Officers in Lakewood, Colorado, arrested a student after a threat was posted against Bear Creek High School late Tuesday.

Another threat was revealed against Grandview High School in the same area.

Police didn’t provide any details to The Denver Channel but said they’re “actively and aggressively” investigating the threat.

Officers in Tallahassee, Florida, arrested a student for threatening to shoot up a high school.

They said the teen made online threats to “conduct a school shooting at Godby High School,” reported WTXL.

Other incidents in Florida included a student being arrested for threatening violence against Pasco High School.

“Your student’s safety is our top priority, and we want to assure you that we take every threat seriously. We also have been trained on the district’s active threat plan, and will continue to conduct drills to ensure we are as prepared as possible if the unthinkable were to happen at PHS,” Pasco County School Safety posted on Facebook, reported ABC.

Officers in Columbus, Indiana, arrested a former Columbus East student, a juvenile, after he was accused of posting a threat on social media.

It was the second threat in two days against the high school, reported The Republic.

Another student was arrested in Virginia for making a threat against Smithfield High School in Isle of Wight County.

The teenager was charged with a class 5 felony, reported 13 News Now.

Yet another student was arrested in Ohio after allegedly making threats against Massillon Washington High School.

The suspect claimed the threats were a joke and were not intended to be harmful, reported Fox8.

Officers in Ohio also arrested a youth after she made a threat on social media against Delhi Middle School. The 12-year-old girl was charged with inducing panic.

“Please take this opportunity to discuss proper social media behavior with your child, the severity of such threats, and the ramifications of their decisions,” Superintendent Jeff Brandt said, reported Cincinnati.com. “Our top priority remains the safety and well-being of our students and staff.”

Police found guns and ammunition at the home of a student who threatened to leave El Camino High School near Whittier and return with a gun.

“It was a threat to come back and bring a gun,” said a district spokesman.