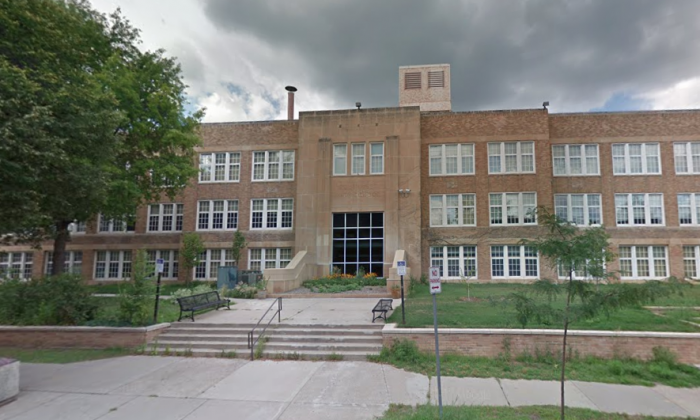 A student carrying a flag with the word “Trump” written on it was assaulted outside a Minneapolis high school during a National School Walkout Day protest, police say.

CBS Minnesota reported that the incident occurred outside of Southwest High School while students were holding a moment of silence in remembrance of victims of school shootings.

Two students reportedly confronted the flag-bearing student across the street from the school. Six other students joined in the altercation and took the victim’s flag. They also damaged his camera and inflicted minor injuries, CBS Minnesota reported.

Police said no arrests were made, and the school resource officer who intervened is currently investigating the assault, the station reported.

While the walkouts held on Wednesday, March 14, were mostly peaceful, students in Tennessee reportedly vandalized property, tearing down an American flag and jumping on a police car.

In addition, a Minnesota high school demonstrator was reportedly escorted off school grounds by the principal for holding a sign that said “Guns don’t kill people, people kill people.”