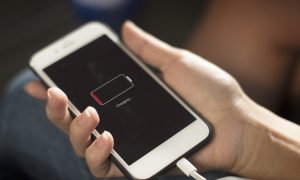 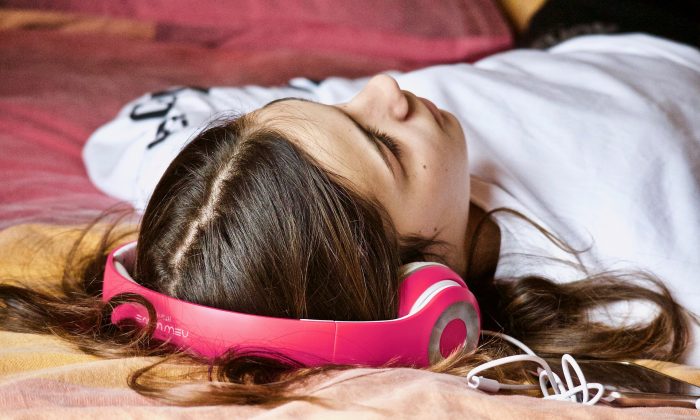 A student who fell asleep listening to music through some earbuds woke up in the morning completely deaf in one ear.

The case in Taiwan was highlighted by a doctor who warned that falling asleep with earbuds in is potentially more damaging to hearing than the regular use.

The second-year university student was hospitalized for five days while his hearing recovered at Taiwan’s Asia University Hospital in Taichung City, reported OMG.

The damage was limited to one ear because one of the earbuds had fallen out during his sleep.

Dr. Tian Huiji, director of the ear, nose, and throat department at the hospital, said that cases of hearing loss caused by earbuds are not uncommon in the clinic.

But falling asleep with the earbuds in is more dangerous for two reasons. First, the ear is exposed to prolonged uninterrupted sound—for potentially eight or so hours. Secondly, during sleep, the delicate inner ear is more vulnerable to damage.

The louder the music, and the longer the headphones are on, the more damage can be caused to delicate hairs in the inner ear that pick up the vibrations.

Those 15,000 hairs, inside the shell-shaped cochlea, need time to recover from loud sounds or risk being permanently damaged.

But during sleep, the body’s metabolism slows down, reducing blood flow to the inner ear. That means the hair cells receive less blood, making them more vulnerable to damage, explained Hujji, resulting in the sudden deafness in the case of the university student.

Bend But Not Break

Those cochlea hairs can bend, but not break, according to the CDC, but take a while to straighten out—which is what accounts for hearing gradually recovering after a loud event.

“After leaving a very loud event, such as a concert or football game, you may notice that you don’t hear as well as before,” explains the CDC website. “You might not hear whispers, sound might seem muffled, or you may hear ringing in your ears.”

Typically hearing recovers within a few hours to a few days. “This is because the hair cells, similar to blades of grass, will bend more if the sound is louder,” according to the CDC. “But they will become straight again after a recovery period.”

“However, if loud noise damaged too many of the hair cells, some of them will die. Repeated exposures to loud noises will eventually destroy many hair cells,” Huiji said.

Huiji said that young people are more resilient to the bad effects, but they should follow the rule:  “Listen for 50 minutes, rest for 10 minutes.”

Earbuds can potentially deliver a maximum sound between 95 and 105 decibels. At 105 decibels it is the same as holding a chainsaw at arm’s length, and according to recommendations, should not be exposed to for more than 4 minutes at a time.

Decibels can be misleading as they do not directly correspond to the intensity of sound. An increase of just 6 decibels is actually about double the intensity.

Shapiro told Business Insider: “An earbud sits in the ear obviously and the closer the earbud is to the eardrum the higher the sound pressure and that can damage your hearing.”

He said young people were permanently damaging their hearing while listening to loud music on headphones.

Speaking in January 2018, he said that one in five teenagers have some form of hearing loss due to noise exposure.

However, Shapiro gave one recommendation that might please the earbud manufacturers: get noise-canceling devices, because it means you don’t have to crank up the volume to potentially damaging levels to drown out the outside noises.