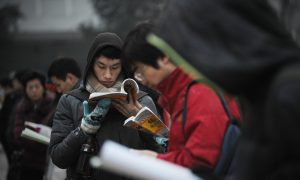 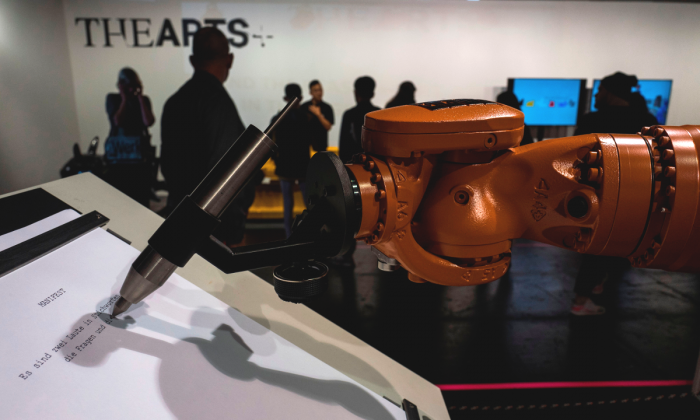 A mother discovered that her 15-year-old daughter was using a robotic device to do her writing homework. The family, residents of northern China, were soon parted with the robot, as the mother smashed it on the ground after the discovery, according to the Qianjiang Evening News website on Feb. 17.

Chinese students are forced to write, by hand, massive amounts of assignments when compared to American students. Long holidays are generally times for assigning large loads of essays, and even assignments just for copying existing texts.

The heavy workload from school, along with pressure from parents to excel in academics, can overwhelm Chinese students who often find alternative ways to make education less stressful.

The girl, who was not named in the report, used money that was gifted to her during the Lunar New Year holiday. She spent 800 yuan ($120 USD) to buy the machine, and even had it rushed delivered, according to the report.

After she assembled the writing robot in secret, all she had to do was give it samples of her own handwriting and tell it the text that needed to be copied. All of her writing assignments were done in two days.

When the news broke, some media in China referred to this machine as “dark technology.” The mother, surnamed Zhang, was reported to have asked her daughter: “This can write out your homework, but can this help you on tests?”

However, other parents became interested in the technology. On Weibo, China’s version of Twitter, many parents asked for links to the product.

China’s education system is notorious for inundating students with academic work. Students have taken measures to deal with the pressure of obtaining good grades, from various methods of cheating, to even taking their own lives.

For most Chinese students, the “college entrance exam” during their senior year of high school is the most critical test that they will take in their life time. Due to the Chinese Communist Party’s extreme views on education, students only have one chance to enter college, unlike in Western countries.

As a result of the pressure from both parents and teachers, some students have committed suicide.

One student left a coded message at his school, and later his body was found in a nearby river. The death was ruled a suicide.

Another girl stabbed herself in the stomach with a knife not long before the exam time. The school suspected it was because of pressure from taking tests.

A student jumped from a fifth floor window, and later died in the hospital.

Even during college, some students still look for ways out of their work. A common phenomenon in Chinese colleges is to find a “substitute writer.” Students will pay for the services of someone else to write essays for them.

These services exist not only inside of China, but in Western universities as well.

In Chinese universities, paying for assistance or plagiarism generally goes unpunished. But in Western universities, students who are caught cheating are punished for their behavior.