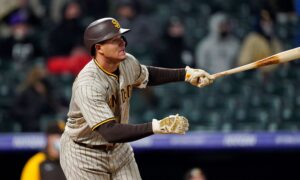 Student lectures teacher: A video went viral of a high school student in Texas lecturing a teacher on how to teach better.

“I’m telling you what you need to do. You want kids to come into your class, you want them to get excited for this? You gotta come in here, you gotta make them excited,” Duncanville High School sophomore Jeff Bliss said in the video to the teacher. The video was apparently recorded via a smartphone.

He added: “Can’t expect a kid to change if all you do is just tell him. You’ve got to take this job serious. This is the future of this nation. And when you come in here like you did last time and make a statement about, ‘Oh this is my paycheck,” indeed it is. But this is my country’s future, and my education.”

Bliss stressed that teaching is more than “handing them a freakin’ packet!”

“The kids in here don’t learn like that. They need to learn face to face,” he continued.

NBC 5 in Dallas reported that the teacher was placed on administrative leave over what caused the outburst. Officials said that the move is standard procedure.

Officials said on Thursday that Bliss met with the school’s principal. Bliss is not facing any disciplinary actions and will partake in his classes as usual.

“As a district with a motto of engaging hearts and minds, we focus on building positive relationships with students and designing engaging work that is meaningful. We want our students and teachers to be engaged, but the method by which the student expressed his concern could have been handled in a more appropriate way,” the school said in a statement to NBC.