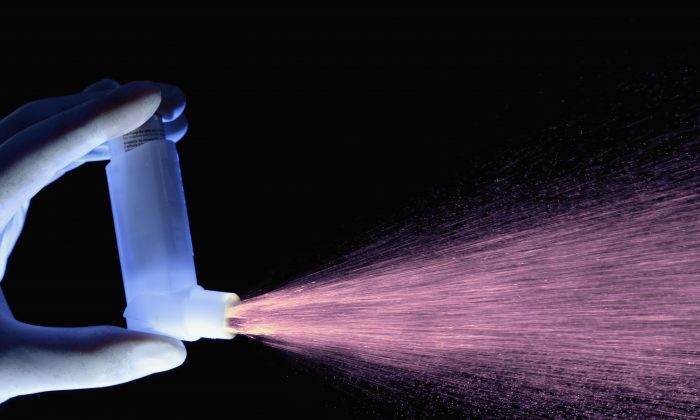 Student in Garland, Texas Faces Punishment After Using Another Student’s During Asthma Attack

Two students are facing punishment after sharing an inhaler during an asthma attack.

One of the girls, 7th-grader Alexis Kyle, was suffering the attack when the other girl, classmate Indiyah Rush, noticed.

Both girls have asthma, so Indiyah offered her inhaler to Alexis, which Alexis gratefully accepted.

But now both girls are facing a penalty of up to 30 days in an alternative school because the Garland, Texas district considers an inhaler to be a controlled substance.

The district told Fox News that 30 days at alternative school is the initial automatic punishment for sharing a controlled substance, including prescription drugs like inhalers, until the principal can meet with both girls and their parents.

The parents are understandably upset.

“The little girl saved her life. And the reason we say that because we have been to situations where she has been to ICU so we know how bad her asthma is,” said Michael Green, Alexis’ step-father.

He, his wife, and Alexis met with administrators on Thursday and are waiting to hear if the punishment has been revoked or reduced.

Indiyah’s hearing was scheduled for Friday.