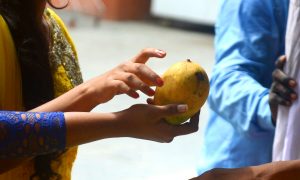 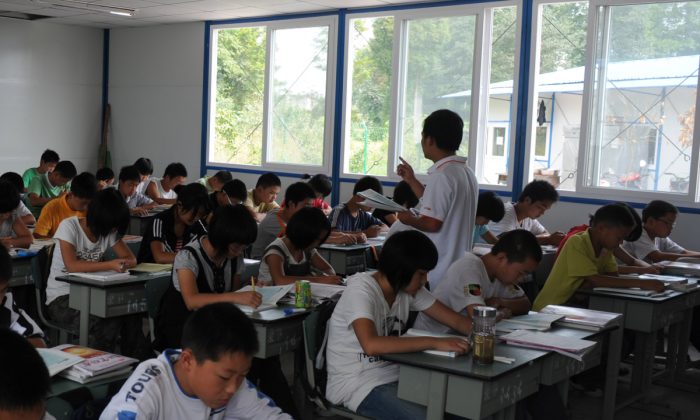 In the classroom, generally one would expect for a teacher to be more concerned for a student’s well-being, including personal life, rather than the other way around. However, one 5th-grade student has shown otherwise.

A student said that he and his classmates were concerned for his teacher’s well-being, since he had not yet found a girlfriend by age 29, according to Pear Videos.

The teacher, who was not named in the report, teaches in Lanling City, Shandong Province, China. He shared pictures of the essay on social media on June 12. He also said that he’s looking for, and hopes to find, a girlfriend.

In modern Chinese culture, much pressure is put on people who are in their 20s to rush to find an ideal partner. Anyone over 30 is often considered too old to marry.

The student turned in an essay titled, “A familiar person.” The student introduced his topic talking about how two people meeting in this world can be a kind of  destiny—a term often now used for relationships in China.

The student described his teacher as lovely and cheerful. “[He’s] not too tall, just average, he’s a guy with a big belly, friendly eyes, a cool haircut, looks good, [and] not fat,” the student wrote.

The boy went on to write that his teacher has a good temper, he doesn’t get angry, and doesn’t hit students. Then, the student came to the crux of the essay.

His 29-year-old teacher still doesn’t have a girlfriend, and the students are worried for him!

In modern China, while a person is still in school, they are expected to stay far away as possible from the opposite sex, including into college. However, once children graduate, their entire family will put endless pressure on them to get married as quickly as possible.

It’s not uncommon for Chinese students to have a more familiar relationship with their teacher, including knowing about their personal life, as evidenced by the essay.

“We hope there can be a lady teacher,” the boy wrote. “Everyone in the class is supportive of our teacher finding a girlfriend.”

After reading the essay, the teacher made a joke as a response, referencing older generations pushing him to find a girlfriend. “[I’ve] made my respected elders worried!” he wrote on the boy’s essay.

“It was kind of funny, I just wanted to laugh at it,” the teacher told Pear Videos. “They probably notice on a daily basis that I’m single.”

He said that he has taught the class for the entire year. Teachers in China will at times continue with a specific class as it goes through grades, instead of only teaching a certain grade of students as in the West.

The teacher said the author of the essay is an average student, who has a bright demeanor and a good sense of humor.

The reporter then asked the teacher if, after seeing this article, he had a plan to find a girlfriend. The teacher agreed with a laugh.

After posting images of the essay to social media, it garnered a variety of responses from friends. The user names were censored in the report.

“Because of this essay, you can say good-bye to single life,” one of his friends posted.

Another wrote: “The student is being nervous [for you] in your place.”