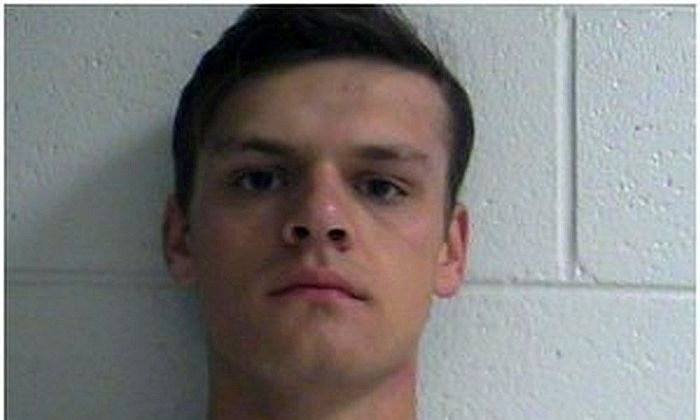 Student Arrested for Wearing a Gorilla Mask to Protest

JOHNSON CITY, Tenn.—A student at East Tennessee State University has been arrested over disrupting a Black Lives Matter event on campus wearing a gorilla mask, carrying around a rope and trying to hand out bananas.

Media outlets report that Tristan Rettke was charged with one count of civil rights intimidation.

Witnesses took photos and video of the man walking up to demonstrators on Wednesday carrying a burlap sack that had a marijuana leaf and a Confederate battle flag printed on it. Rettke told police that he went to the event to provoke protesters.

The university in a statement expressed outrage at Rettke’s conduct and commended students for exercising restraint in the face of offensive behavior.

A protestor in a gorilla mask confronted Black Lives Matter demonstrators with bananas on Wednesday in Borchuck Plaza @etsu pic.twitter.com/stm2E4ijRD

“He passed by me and handed me a banana,” Grant Madison, a junior, told USA Today. “I snatched it out of his hand. I knew what he was trying to say, but I wasn’t going to try to retaliate against him.”

“We are exceptionally proud of the students who were peacefully participating in the event and the manner in which they exercised restraint, thoughtfulness and strength in the face of inappropriate and offensive behavior,” Noland stated.