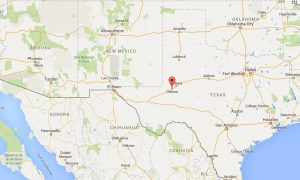 A 15-year-old student is among the five victims of a shooting spree that erupted between Midland and at a Cinergy movie theater in Odessa, Texas, on Aug. 31, a local school district confirmed late Aug. 31.

The Odessa Police Department said in a press release late Aug. 31 that at least five people had died in the attack with 21 others sustaining injuries. An active investigation is underway.

The suspect, who has only been identified as a white male in his mid-30s, opened fire on a trooper after being stopped for a traffic violation in Midland after 3 p.m. He was stopped by state troopers when his vehicle failed to signal a left turn, Odessa Police Chief Michael Gerke said at a press conference at about 6 p.m.

The suspect reportedly then hijacked a U.S. Postal Service vehicle after ditching his car, before he began shooting at random and injuring multiple people.

He then made his way to a Cinergy movie theater in Odessa were he was located by police officers and shot dead, Midland Police Department said.

Cell phone video showed people running out of a movie theater, and as Odessa television station KOSA aired breaking developments on live TV, their broadcast was interrupted by police telling them they had to clear the area.

A trooper who attempted to pull over the shooter was shot, Gerke said, and is in serious but stable condition, reported CBS 7.

The student has yet to be identified, but according to the local Ector County Independent School District, the 15-year-old attended Odessa High School. Her brother was also injured in the shooting as is being treated in hospital, local media reported.

…and our families through this tragedy. Our district stands ready to commit all of our resources to help our community heal from this horrific tragedy. Our unity will be the key to recovering from this terrible act. Together, we are stronger. #OdessaStrong #WestTexasStrong

A 17-month-old girl was also among the injured and was transported to University Medical Center in Lubbock to receive treatment. The center’s spokesman Eric Finley told CNN that the toddler was in a satisfactory condition.

By 6.30 p.m., an additional 14 victims were brought to the facility for treatment.

Three police officers were also among those injured by gunfire, the police chief added.

The police department previously said they believed there were two shooters in two separate vehicles: a gold or white colored Toyota truck and a USPS van. Police advised people to stay away from TX-Loop 250. Gerke later said there was a single suspect.

At a press conference on Aug. 31, officials confirmed that 13 people injured in the shooting spree were being treated at the Medical Center Hospital in Odessa—seven of which were said to be in critical condition. Two were described as in a serious condition.

Russell Tippin, the center’s CEO, said a child under 2 years old was also transported to another hospital.

At the time of the announcement, one victim had succumbed to their injuries, confirmed Medical Center Hospital, which remained under lockdown until around 10 p.m.

President Donald Trump tweeted that he had been briefed on the Texas shootings by Attorney General Barr and added that the “FBI and Law Enforcement is fully engaged.”

Nancy Pelosi, Speaker of the U.S. House of Representatives, said in a statement on Aug. 31 that America’s heart has been “broken” by the “senseless and horrific” shooting in Texas.

“The prayers of the nation are with the friends and families of the victims and the entire Midland and Odessa communities, and our deepest gratitude goes out to the first responders, who are bringing help and healing during this tragic time,” she added.

Republican Governor Greg Abbott said he will be traveling to Odessa on Sunday morning.