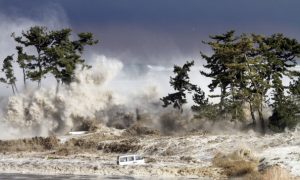 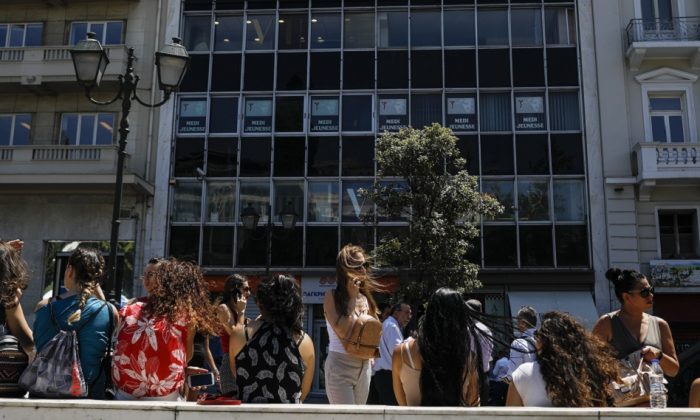 People speak on their phones as they stand outside the building they work in with the Greek, on July 19, 2019. (Petros Giannakouris/AP Photo)
Europe

ATHENS, Greece—A strong earthquake hit on July 19 near the Greek capital of Athens, causing residents to run into the streets in fear and firefighters to check for people trapped in elevators.

Authorities inspected areas close to the epicenter by helicopter and police patrols but no deaths or serious injuries were reported. Government spokesman Stelios Petsas said one abandoned building had collapsed in a western district of Athens and that several other abandoned buildings had suffered serious damages in other parts of the city.

“There are no reports of serious injuries … I urge members of the public to remains calm, in Greece we are well acquainted with earthquakes,” he said.

The quake caused limited power cuts and communication problems around Athens and the fire brigade reported receiving calls about people being trapped in elevators. The shock was caught live in the studios of state broadcaster ERT.

The most powerful quake to hit the Greek capital in the last 20 years came in 1999, when a temblor of magnitude 6.0 caused extensive damage and killed more than 140 people.

“It had a very shallow depth and that’s why it was felt so strongly,” he said. “It is too early to say whether this was the main earthquake, but there have been aftershocks of magnitude 3.5, 2.5 and 3.2 and that is encouraging. But we need more time and data to have a clear picture.”

Earthquakes are common in Greece and neighboring Turkey.

By Derek Gatopoulos And Costas Kantouris